Chambers, White and Mari in shambolic showing as Smith Rowe and Tierney only bright sparks at Brentford 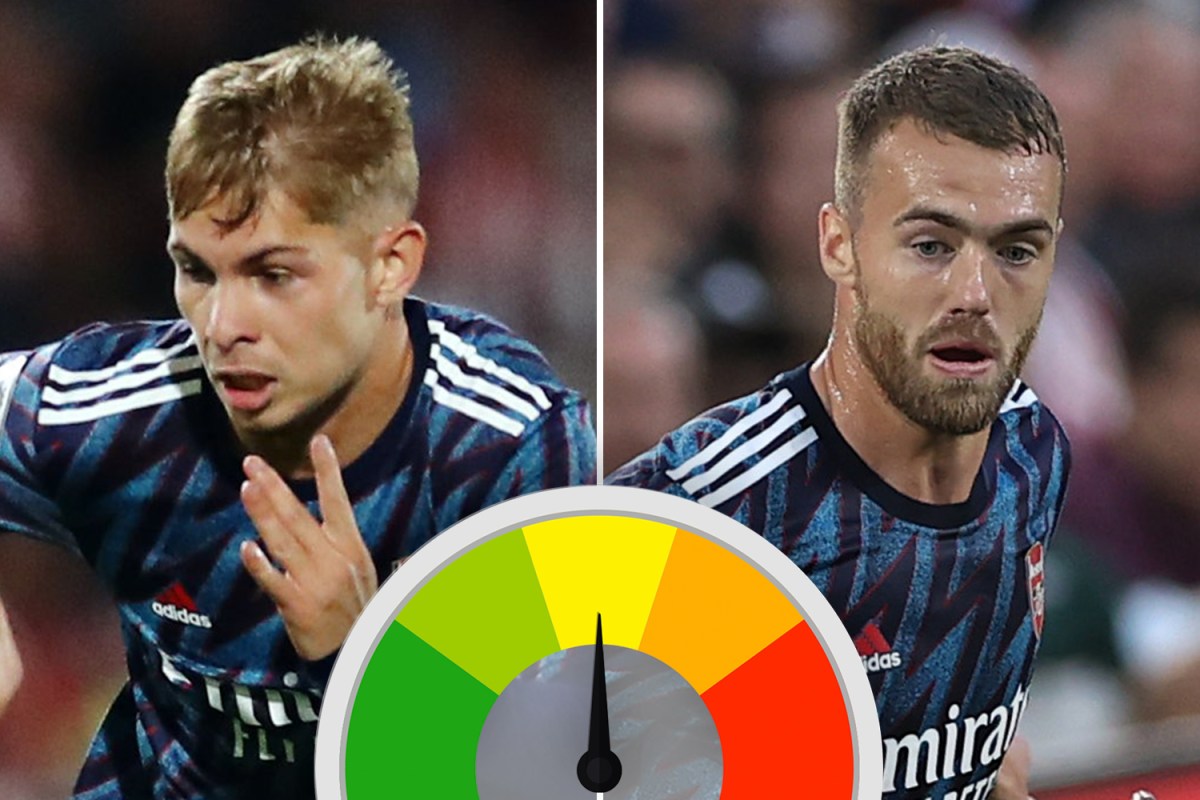 
ARSENAL showed not a lot has changed over the summer as they produced a shambolic performance and slumped to a 2-0 defeat at Brentford on the opening day of the season.

Emile Smith Rowe and Kieran Tierney were the only shining lights as the rest of the Gunners’ defence – especially Calum Chambers – looked like rabbits in the headlights.

Sergi Canos got the home side off to a perfect start after 22 minutes when he capitalised on some sloppy Arsenal defending and slammed one in at Bernd Leno’s near post.

The Bees pressed the Gunners well for the remainder of the half and went in with a deserved 1-0 lead at half-time.

And although they improved slightly after the break when Bukayo Saka was introduced, an oh-so-typical piece of Arsenal defending handed the home side their second on a plate.

Mads Bech Sørensen launched a ‘Sunday League style’ throw into the box, Pablo Mari and Chambers both failed to get anything on it at the near post, Leno was nowhere to be seen and Christian Norgaard nodded in from close range.

Brentford held on for the win in their first ever Premier League game.

And here’s what SunSport’s William Pugh thought of the Gunners’ individual performances in the London derby.

Beaten at his near post for Brentford’s opener although it did go through Chambers’ legs which made it a tough one to stop.

Was nowhere to be seen for the Bees’ second when the ball was slung into the heart of his six-yard box. Flapped at a corner moments later.

Not tight enough to Canos for the first goal and the shot went through his legs before beating Leno.

Also could have let the ball go out before his clearance went straight to the Bees in the build up.

Got nowhere near the long throw that led to Brentford’s second. Hauled off with nine minutes to go. Shocked he lasted that long.

If Hector Bellerin doesn’t get a run out after Chambers’ showing, his Arsenal career really is over.

Ultimately lost his battle with Ivan Toney and will have hoped for a much more assured Gunners debut after his £50m move from Brighton.

Swung at a clearance before Chambers gifted Brentford possession just before the Bees’ opener. Should have been more decisive.

Was easily beaten by Bryan Mbeumo in the box which could have led to a goal before the break.

Watched the ball go past his face after Mari and Chambers missed their headers as the Bees made it two.

Struggled to deal with Brentford’s counter-attacks when Tierney was high up the pitch.

Was industrious down the left and his energy came closest to carving out a chance for the Gunners before the break.

More of the same for the rest of the game.

Never stopped running and was one of few Arsenal players who could walk off with his head held high.

Almost impossible to tell he was on the pitch in the first-half. Ditto the second. And he was captain.

Proved exactly why Roma didn’t want to shell out £35m for him. Couple of weak efforts from distance were the closest he came to making a significant contribution.

Very quiet on his Premier League debut. Looked half a yard off the pace.

Not helped by the example set by his holding midfield partner Xhaka.

As the senior attacker in the team, the £72m man did nothing but reignite many Gunners fans’ frustrations from last season with his performance.

Saw a vicious effort saved when his team were already 2-0 down after getting on the end of a Tierney cross.

Showed sparks as he tried to make things happen in tight spaces before the break but his efforts came to nothing.

Saw his shot saved after a tight turn and a driving run down the centre shortly after the break.

Relentless in his attempts to create a chance for his team but was not helped by his fellow attackers.

Didn’t deserve to be on the losing side.

Stifled by Brentford’s defence who were rarely troubled by the Brazilian or his attacking team-mates.

Should have done better with a glancing header at the near post 20 minutes into the second-half but deflected it over. Axed with 19 minutes to go.

Service to him was poor throughout the first-45 and the effort he blazed over the bar at the end of the half summed up his early efforts.

Had a claim for a penalty in the first-half but it was waved away. Subbed after an hour without making an impact.

Received a standing ovation from the entire stadium when he came off the bench which was lovely to see.

Had an immediate impact on his team with his high energy style and several cultured touches.

But it all came to nothing with no striker of note to feed.

Fluffed a touch just seconds after coming on which set the tone for the 20 minutes he had on the pitch.

Not enough time to make an impact but still better than Chambers.