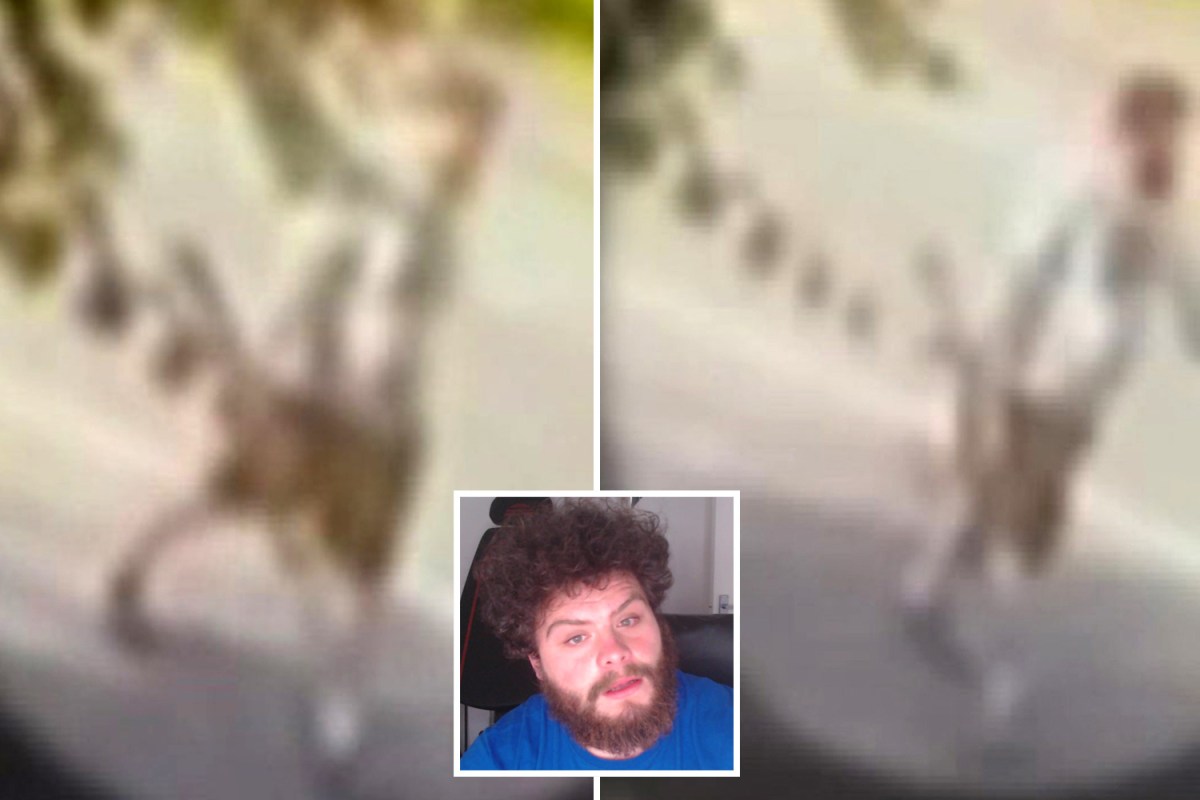 
SHOCKING CCTV footage has emerged appearing to show Jake Davison in the middle of his shotgun bloodbath – calmly walking down the road with the firearm in his hands.

Footage seems to show the twisted gunman holding a large gun in the middle of his grim rampage in Plymouth.

The figure, believed to be Jake Davison, calmly crosses the road as a car passes and holds the 3ft long shotgun by his side.

The CCTV, from ITV News, appears to show the coldblooded killer after he had already killed four of his victims.

He then walks in the direction of a hair salon, which is where he shot his fifth victim Kate Shepherd, 66, before turning the gun on himself.

Twisted Davison shot the pair at random after first targeting his mum cancer sufferer Maxine Davison, 51, in her home.

The firearm believed to have been used by the gunman was legally held by him, Devon and Cornwall Police said.

The Independent Office for Police Conduct, IOPC, has said that they will investigate Devon and Cornwall Police over the matter.

It is understood police were satisfied he was fit to possess a shotgun again after Davison agreed to attend an anger management course, despite posting angry rants online about firearms.

Friends of the killer claimed that Davison’s mum had begged the NHS and cops to give him urgent mental health treatment during lockdown but it did not materialise.

Neighbours also claimed that Mark previously told police that his son’s gun should be confiscated from him.

Davison unleashed the rampage at around 6.11pm on Thursday when he stormed a home on Biddick Drive.

Gunshots erupted as he shot cancer sufferer Maxine before he skulked down the street holding a pump action shotgun.

He then shot dead Sophie, who had been pushing a toy pram, and Lee before leaving a man and woman with significant injuries.

One of the injured victims has been named locally as Ben Parsonage, 33 who was shot along with his mother Michele, 53.

The weapons are legal in the UK as long as they have a fixed magazine capacity of no more than three cartridges and a valid shotgun certificate.

Defence Secretary Ben Wallace said yesterday: “It’s a tragedy what’s happened there. We can rule out terrorism from that event.