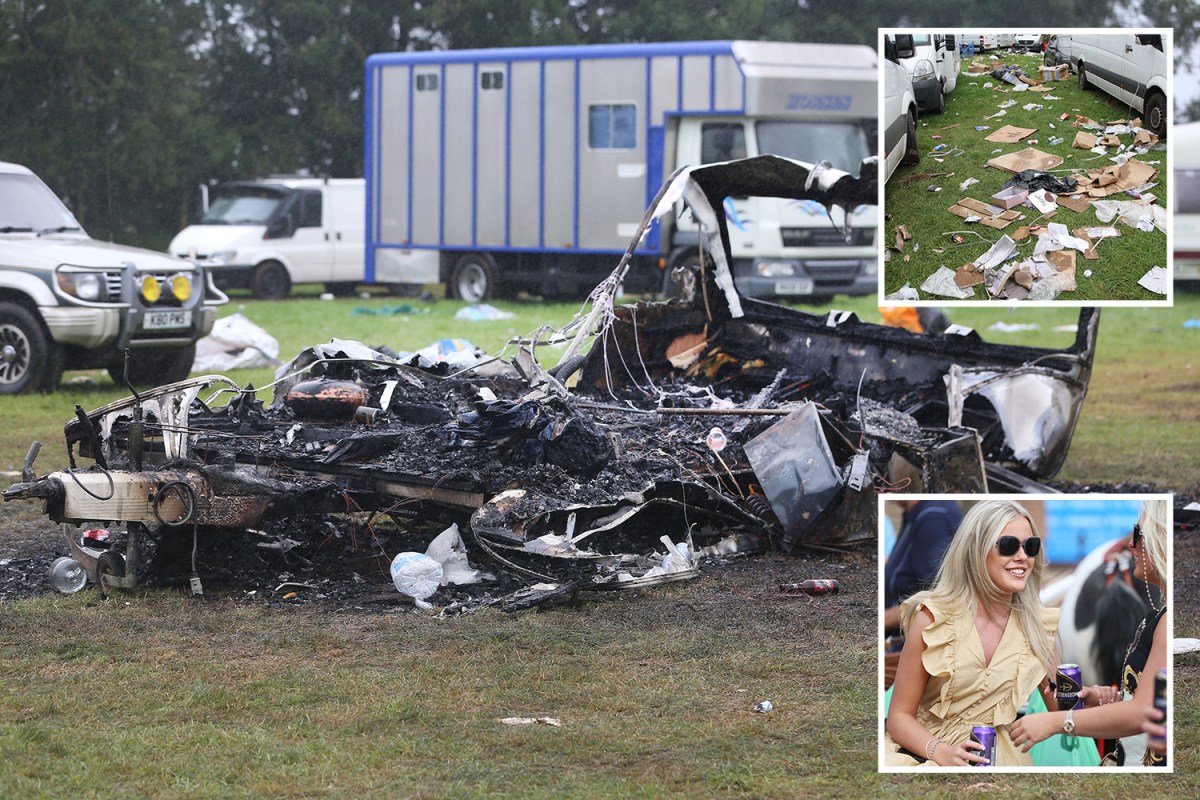 
THOUSANDS of travellers wreaked havoc as they torched caravans and had huge punch-ups in the street at Appleby horse fair.

Seven people were arrested at the annual traveller festival, as the usually quaint countryside village was left in a state by the huge groups of travellers.

Despite glammed-up women who were seen strutting down the streets, much of the town was wrecked and horse manure was littered across the roads

Tens of thousands of travellers are expected to have attended the event which honours their heritage and culture.