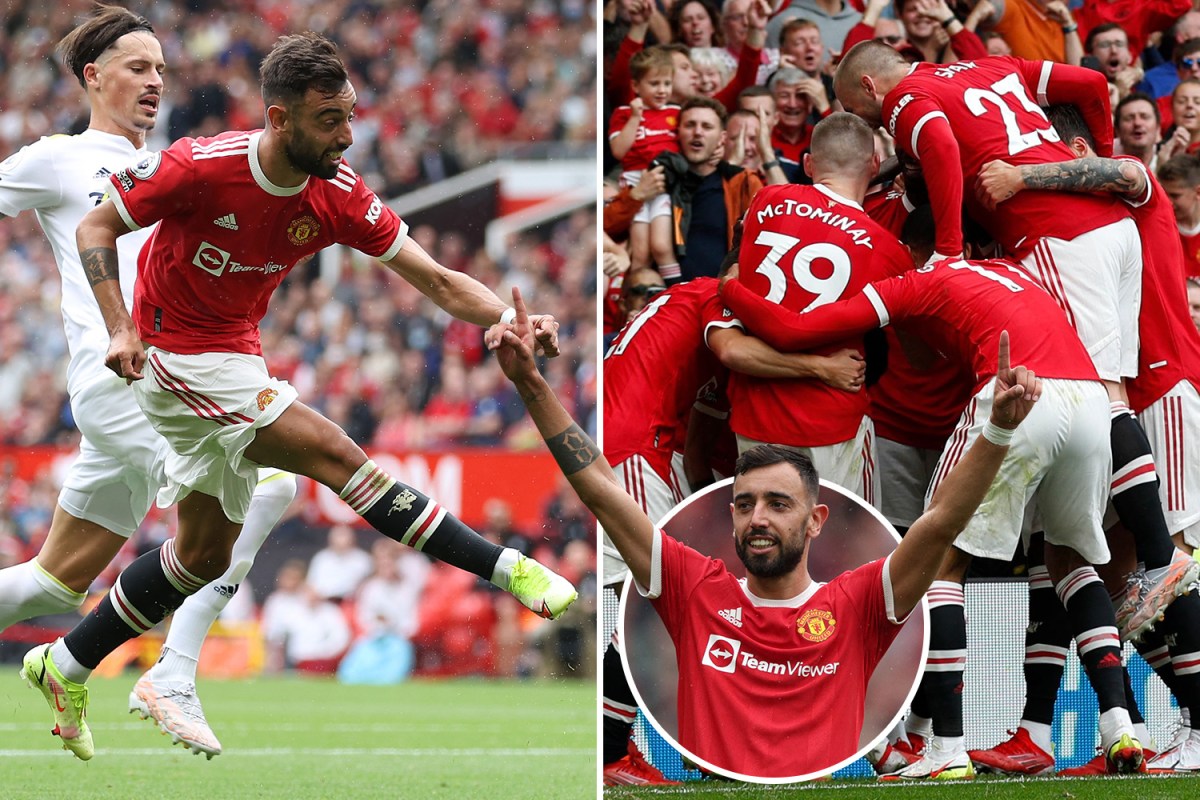 The Portuguese star opened his account for the new campaign by breaking the deadlock at the near post just before half-time.

Luke Ayling equalised with a sweet strike but Mason Greenwood put the hosts immediately back in front.

And then the two-time United player of the season turned on the style.

For his second, Fernandes turned back inside on to his left foot and his shot just crossed the line before Ayling hacked clear.

He completed the treble in emphatic fashion with a rasping strike into the roof of the net.

Holding midfielder Fred even got in on the act to make it five – and a fourth assist for Paul Pogba.

But two of the biggest cheers of the afternoon were for the new signings.

Raphael Varane was presented to the Old Trafford crowd before kick-off.

And then £73million arrival Jadon Sancho came on for the final 15 minutes to make his Red Devils debut as Ole Gunnar Solskajer enjoyed the perfect start to the new campaign.