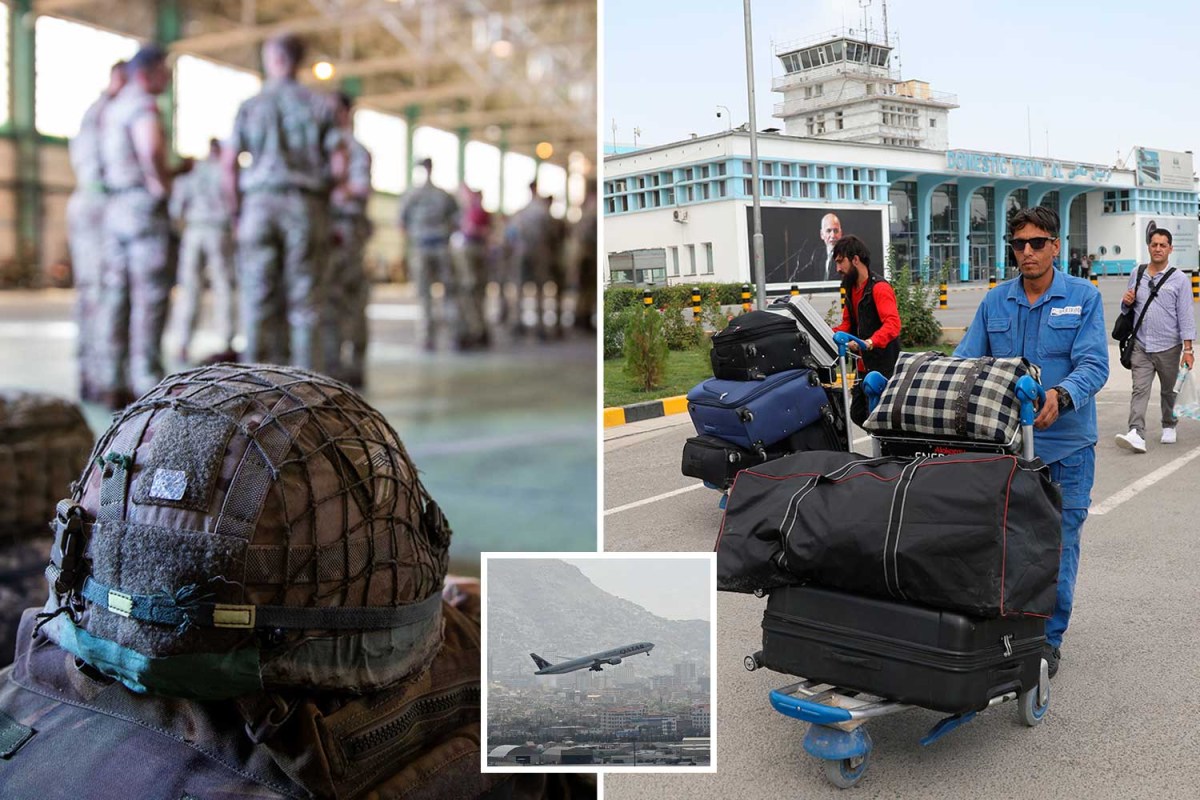 
BRITISH troops stuck in Afghanistan have only “days” to escape the capital as the Taliban is just seven miles from the city.

Ministers initially predicted that they had until the end of the month to set up evacuation centre for up to 7,000 UK evacuees from Kabul.

A defensive perimeter was set up by American and British troops at Kabul airport, which is seen as the last line of western presence in Afghanistan.

But the fear is now that the airport will not hold on for “more than a few days” according to a senior London source.

Taliban commanders are currently closing in on Kabul, with officials now warning that the escape route for evacuees has limited time left.

They have captured Mazar-e-Sharif, a large, heavily defended city in northern Afghanistan in a major setback for the government.

Abas Ebrahimzada, a lawmaker from the Balkh province where the city is located, said the national army surrendered first, which prompted pro-government militias and other forces to lose morale and give up in the face of a Taliban onslaught launched earlier Saturday.

The Foreign Office had been preparing to pull out Ambassador Sir Laurie Bristow and his staff by Monday, over fears that they would not be safe.

Soldiers from the Colchester-based 16 Air Assault Brigade are aiming to get the evacuation setup running at full capacity by Tuesday.

Embassy staff are part of 500 British government employees who need to leave the country, with cabinet minister being told that up to 2,000 interpreters and their families need rescuing.

According to The Times, as the evacuation of Brits comes to an end, there will be increasing requests from those with UK links to flee the country.

One senior military source said: “Lots of British military personnel, diplomats and intelligence officials are seriously invested in Afghanistan and there is high-level pressure on ministers to provide hundreds of our key allies with sanctuary.

“We are not talking about some interpreters or the embassy cooks here. The SAS trained the Afghan Special Forces and MI6 has hundreds of allies across the local intelligence agencies.

“They want these people brought out and offering them sanctuary could be the key ensuring the evacuation runs smoothly as things start to break down in Kabul.

“The optics of SAS-trained Afghan commandos languishing in some Pakistani refugee camp will be awful.”

Military planners fear that as the Taliban advance it would put the airport within artillery range, and force them to use military planes and only fly under the cover of darkness.

The 16 Air Assault Brigade is understood to be taking a portable radar to Kabul which can detect the source of artillery fire, along with America’s AC-130 gunships and Reaper drones patrolling Kabul.

A minister said: “What the Taliban political office says and what is happening on the ground are two very different things.”

The Taliban have made major advances in recent days, including capturing Herat and Kandahar, the country’s second- and third-largest cities.

They now control about 21 of Afghanistans 34 provinces, leaving the Western-backed government with a smattering of provinces in the centre and east, as well as the capital, Kabul.

Afghan President Ashraf Ghani had flown to Mazar-e-Sharif on Wednesday to rally the city’s defences, meeting with several militia commanders, including Dostum and Noor.

He vowed not to give up the achievements of the 20 years since the U.S. toppled the Taliban after the 9/11 attacks.

The Ministry of Defence said Operation Pitting is underway, with members of 16 Air Assault Brigade, who will provide 600 troops for “force protection”.

The US is also sending 3,000 troops to facilitate the departure of its remaining nationals as the prospects for the Afghan government of President Ashraf Ghani look increasingly bleak.

A small team of Home Office officials is also flying out with the military to assist the remaining embassy staff in processing visas and other documentation needed for travel.

Defence Secretary Ben Wallace said: “Protecting British nationals and ensuring their safety as they leave Afghanistan is our top priority.

“Over the next few weeks, we shall all do our very best to support the Afghan government and those that have worked with us over 20 years.”

Downing Street has said it would use whatever political or diplomatic levers it could — including the UK overseas aid budget — to try to ensure that Afghanistan did not become a breeding ground again for international terrorism.