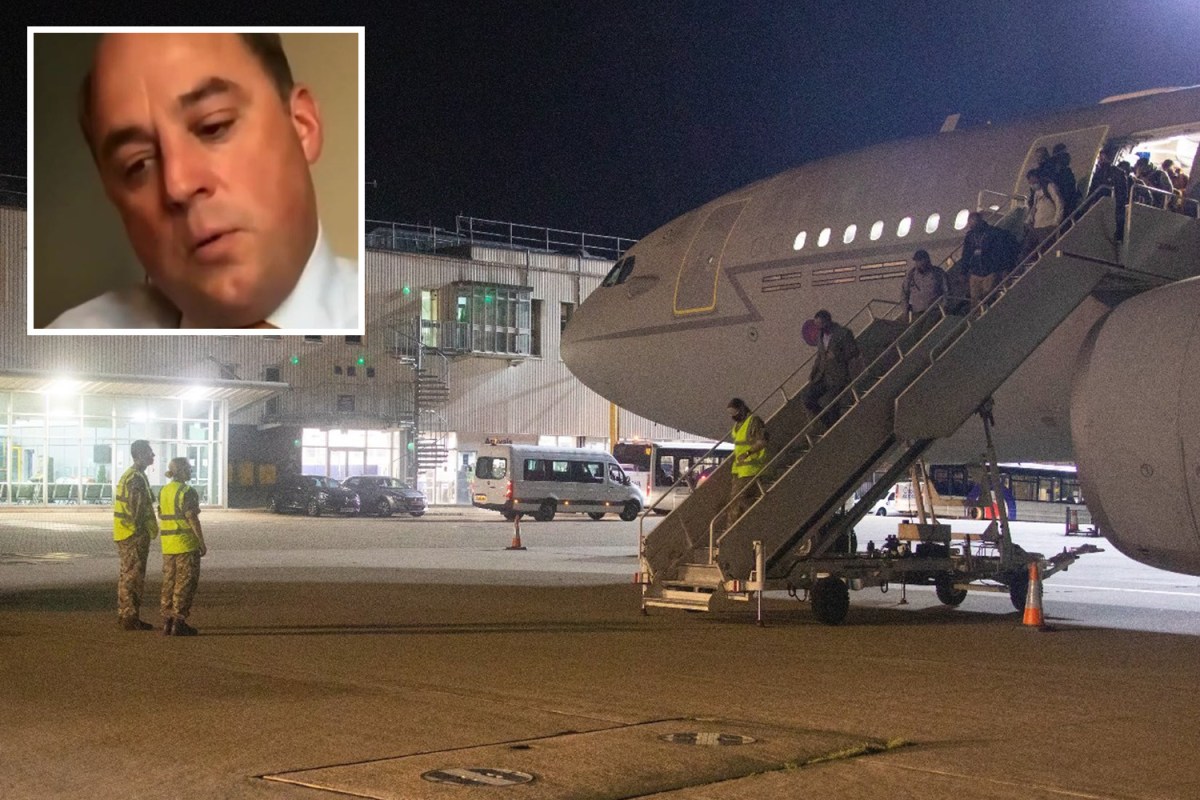 
BRITS evacuated from Taliban controlled Kabul have begun arriving back in the UK.

As the pull out of UK citizens began, Defence Secretary Ben Wallace choked back tears as he admitted “some people won’t get back” from Afghanistan.

The Brits left Kabul Airport as a stampede there left five people dead when thousands tried to storm planes in a desperate bid to flee Afghanistan.

Paras from the 16 Air Assault Brigade have begun deploying to evacuate Brits from the city as well as about 2,000 Afghan nationals who worked with British forces.

The first group of embassy staff and British nationals have now arrived at RAF Brize Norton.

Former army officer Mr Wallace said the Government is racing to fast-track visas for Afghani interpreters and contractors – but warned not everyone would make it.

His voice cracking, he told LBC: “They’ve risked their lives over the last 20 years. The very least, our obligation has to be as many of these people through the pipeline as possible.

“But I think I also set a really big part of regret for me… Some people get back… Some people won’t get back, and we will have to do our best in third countries to process those people.”

Military planes are evacuating people from Kabul airport and around 300 people were flown out with a target of 1,500 people over the next 36 hours.

Britain’s ambassador Sir Laurie Bristow remains in Kabul where he is working at the airport to help Brits leave the country.

The UK will continue flights out of Afghanistan for as long as it is safe, Prime Minister Boris Johnson’s spokesman said on Monday.

“I’d say at least hundreds every day will be leaving (on) the flights, but obviously this is a fluid situation,” the spokesman said.

Asked how long Britain planned to keep such flights going, he said: “We want to obviously continue to do this as long as we are able to do so and as long as it is safe to do so.”

Harrowing video shows two stowaways falling several hundred feet to their deaths after being thrown from a C-17 transport aircraft taking off from Kabul airport.

Desperate people were filmed trying climb up a ladder to get on a plane while others were seen being pulled on board another aircraft.

US Apache helicopter gunships swooped down across a runway to clear desperate people trying to board a transport aircraft.

Brit troops have been warned they could be drawn into face-to-face fighting with the Taliban.