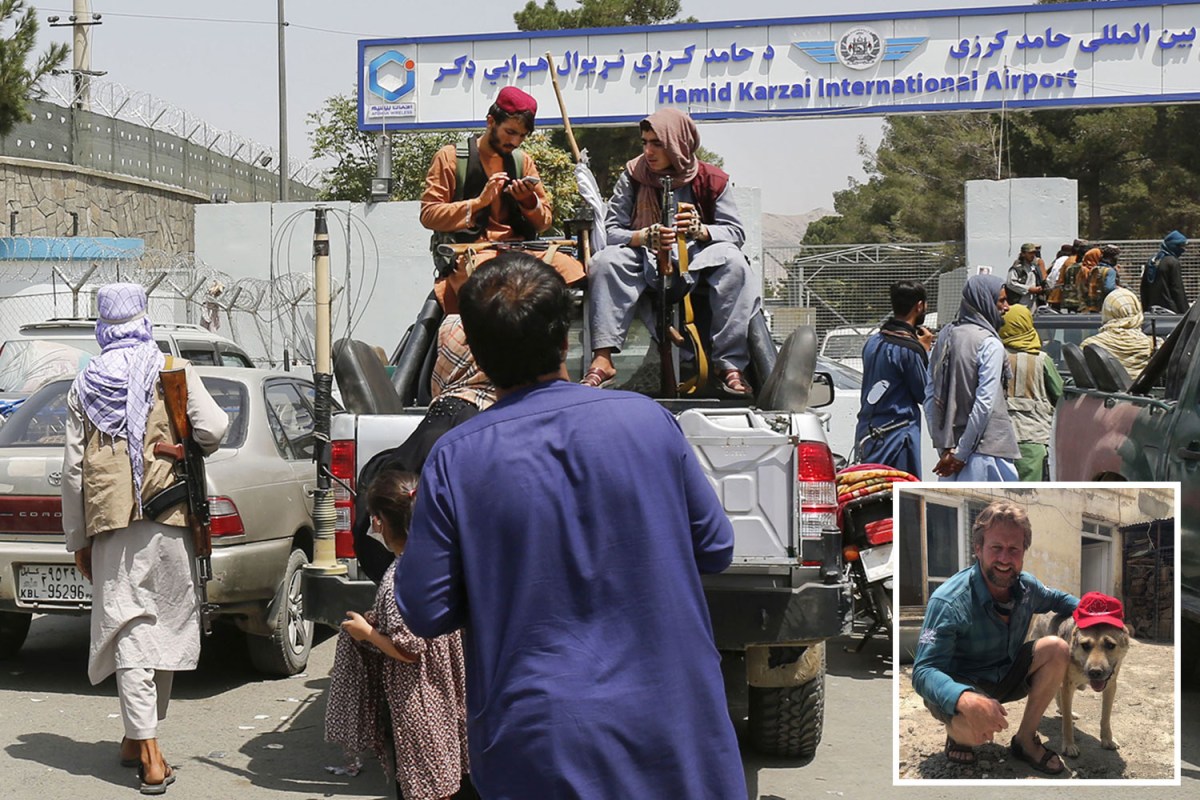 
BRITS have reported being “crushed in a stampede” outside Kabul Airport today as hundreds race to flee Afghanistan before the Taliban seizes the airport.

Troops are scrambling to airlift tens of thousands of foreign nationals and Afghan allies from Kabul – but UK military chiefs have admitted they can only stay on the ground as long as the Taliban allows.

The regime now controls all access points to the airport amid chaotic evacuation efforts and streams of people have been pictured queuing for hours to get documents and board flights.

Up to 600 members of Afghan security forces are helping provide security even as the country’s military and government has collapsed, the Pentagon said.

At least 12 military flights have taken off from Kabul today, including three UK planes as troops aim to rescue 6,000 Brits and Afghan allies.

Boris Johnson and all the senior staff of this government needs to know what a complete cluster they are making of this withdrawal from Afghanistan. People are going to die.

But former Royal Marine Pen Farthing, 57, has slammed the government’s handling of the evacuation as “unacceptable” after his wife and a heavily pregnant colleague were caught up in a “crush” outside the airport today.

Farthing said his wife and one of his dog shelter’s managers – who is 34 weeks pregnant – headed to the airport after being told to get there within an hour.

He claimed the British troops refused to leave the compound inside the airport to rescue the struggling women on the other side of the gate.

“There is no security on the outside at Kabul airport – they got caught and crushed in the stampede,” he told Sky News.

“They were at the gates of Kabul Airport at the side they had been told to go and were in contact with the rapid reaction force at the other side of the gate.

“As a Royal Marine Commando I am absolutely furious with these soldiers because they refused to go out of that camp to rescue those people to get them inside the safety of Kabul airfield.

“Boris Johnson and all the senior staff of this government needs to know what a complete cluster they are making of this withdrawal from Afghanistan. People are going to die.”

He added: “If the British military are there, they will not get outside and rescue some of the people they’ve been sent to get out of Kabul safely then what is the point of them being here.

“I have no idea where my wife is. This is not acceptable. The soldiers sent to withdraw expats left them in a crush. I am beyond furious.”

The Nowzad charity founder later confirmed his wife and his colleague did not make it into the airport and are “now in Kabul at night trying to get home”.

It is quite obvious that the Taliban now are the prevalent security providers across Afghanistan, that’s a fact, so therefore it is much up to them and these individuals, as we call them forward, to make their own way to the vicinity of the airport.

Royal Navy Vice Admiral Sir Ben Key, who is leading the evacuation operation, said it is up to individuals called forward to make their own way to the airport, and “much of that journey is for them to undertake”.

Sir Ben told Sky News: “It is quite obvious that the Taliban now are the prevalent security providers across Afghanistan, that’s a fact, so therefore it is much up to them and these individuals, as we call them forward, to make their own way to the vicinity of the airport.

“We then bring them into the airport and process them.”

He added: “The demand placed upon us is in the order of 6,000, both Arap (Afghan Relocations and Assistance Policy) and entitled personnel.

“Those numbers are changing all the time as we understand the scale of the ask, people are coming forward making themselves known through the FCDO consular services or into us under the Arap programme.

“How long have we got to do it? We don’t really know, so every day we are working as hard as we can to bring as many forward into this pipeline as we possibly can.

“Clearly there is a dynamic political situation running across the city.

“We make no assumptions about that other than we really can’t afford to pause and wait.”

He said: “It is a statement of fact that they are now controlling all of the access points around the airport, so at a tactical level, around the gates, we are having to have a pragmatic engagement with the local Taliban commanders.

“And thus far, and recognise, please, that we are only a day and a half into this kind of new situation, they have seemed acquiescent and understanding of what we are trying to achieve.

“We don’t take it for granted, and the local commanders continue to engage with them at the gate accesses to achieve what we want to achieve.”