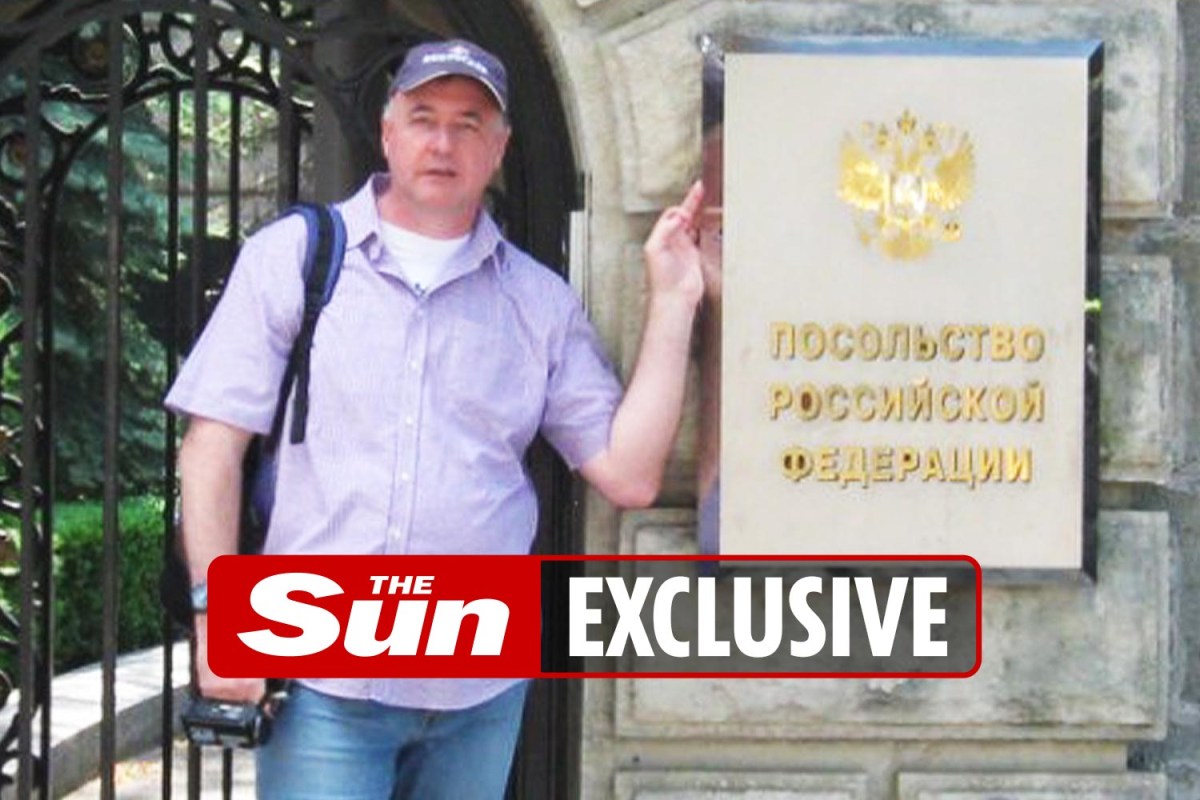 
A BRITISH embassy worker arrested for allegedly selling secrets to Russia poses at the gates of their spy hub.

David Smith, who was detained last week, stands at the entrance to Vladimir Putin’s embassy in Berlin.

The imposing building, with gold-trimmed gate, is on Unter Den Linden in the city centre.

It is a three-minute walk from Britain’s base on Wilhelmstrasse, where he was later to get a job and is alleged to have spied for Russia.

Smith, 57, posted the picture — and scores more declaring his love for Moscow — on a social media site in 2014 using an alias.

Another snap, taken on a separate Russian-themed sight-seeing trip around Berlin, shows him next to a Soviet era tank.

His Ukrainian wife of nearly 20 years, Svetlana Makogonova, who has now vanished, was also pictured sitting on an artillery gun.

He wrote alongside another image: “I am a Scotsman living in Germany and this photo is in support of Donbass! F*** the European Union, GLORY NOVOROSSIYA, GLORY RUSSIA!!!”

Smith, being held at a German jail, faces ten years behind bars.

But the failure to find the treasure trove of pro-Russia material online is being seen as a major vetting lapse by security forces.