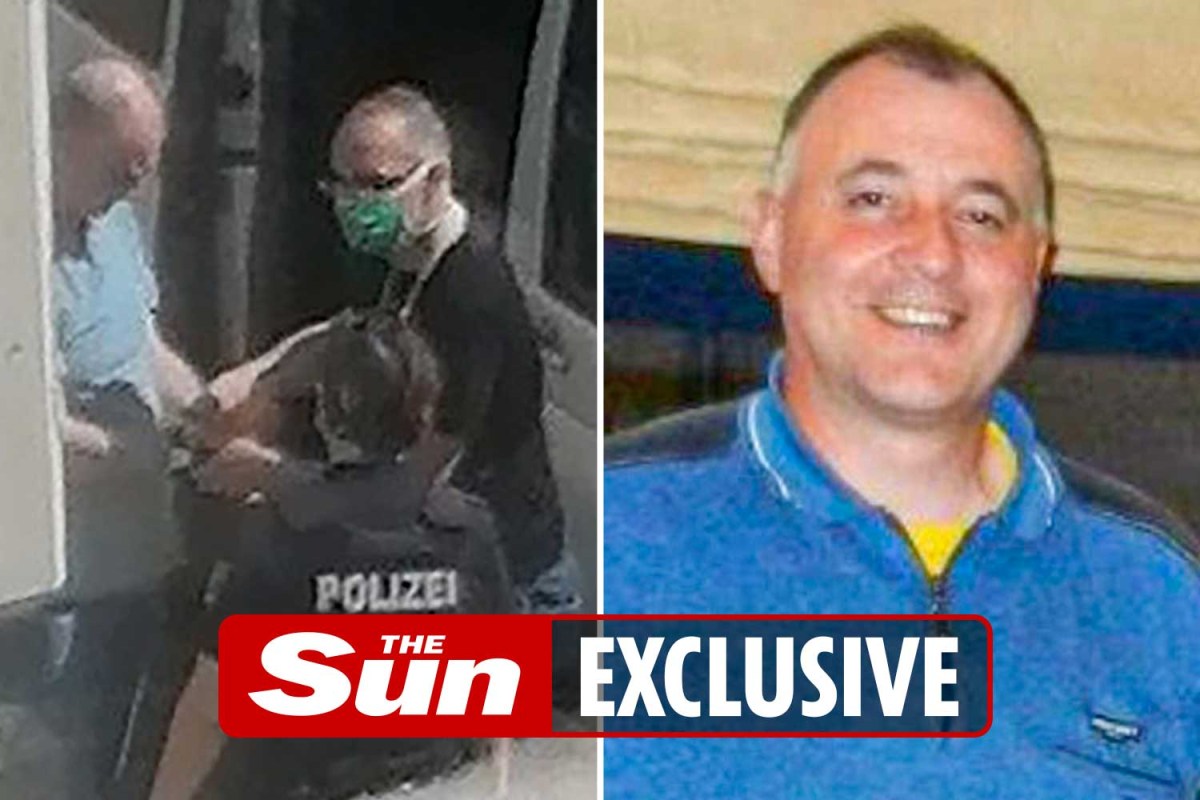 
THE Brit embassy worker accused of selling secrets to Russia was dumped by his Ukrainian wife just months before his arrest.

Svetlana Makogonova is said to have walked out on security guard David Smith, 57, in February after almost 20 years of marriage.

The blonde was missing when German cops swooped on their flat in Potsdam, near Berlin, on Tuesday.

A friend said: “She vanished. Everyone was shocked because they were always so close.

“She was always by his side. She was a good wife, good for him.”

The pal said they met when Scots-born Smith, obsessed with Nazi Germany and Soviet Russia, was an air steward in the 1990s.

They married at Ayr in 2002 before moving to Crawley, West Sussex, but moved to Germany amid money troubles.

Tubby Smith, who has a grown-up daughter from a previous relationship, could be held at Karlsruhe Prison for a year before his case is heard.

Officials reckon he had worked for Vladimir Putin’s Russia since last November, claiming he got paid thousands of pound for passing them documents.

It has emerged he came to the attention of spooks after paying for everything in cash.

The probe is focused on “eavesdropping”.