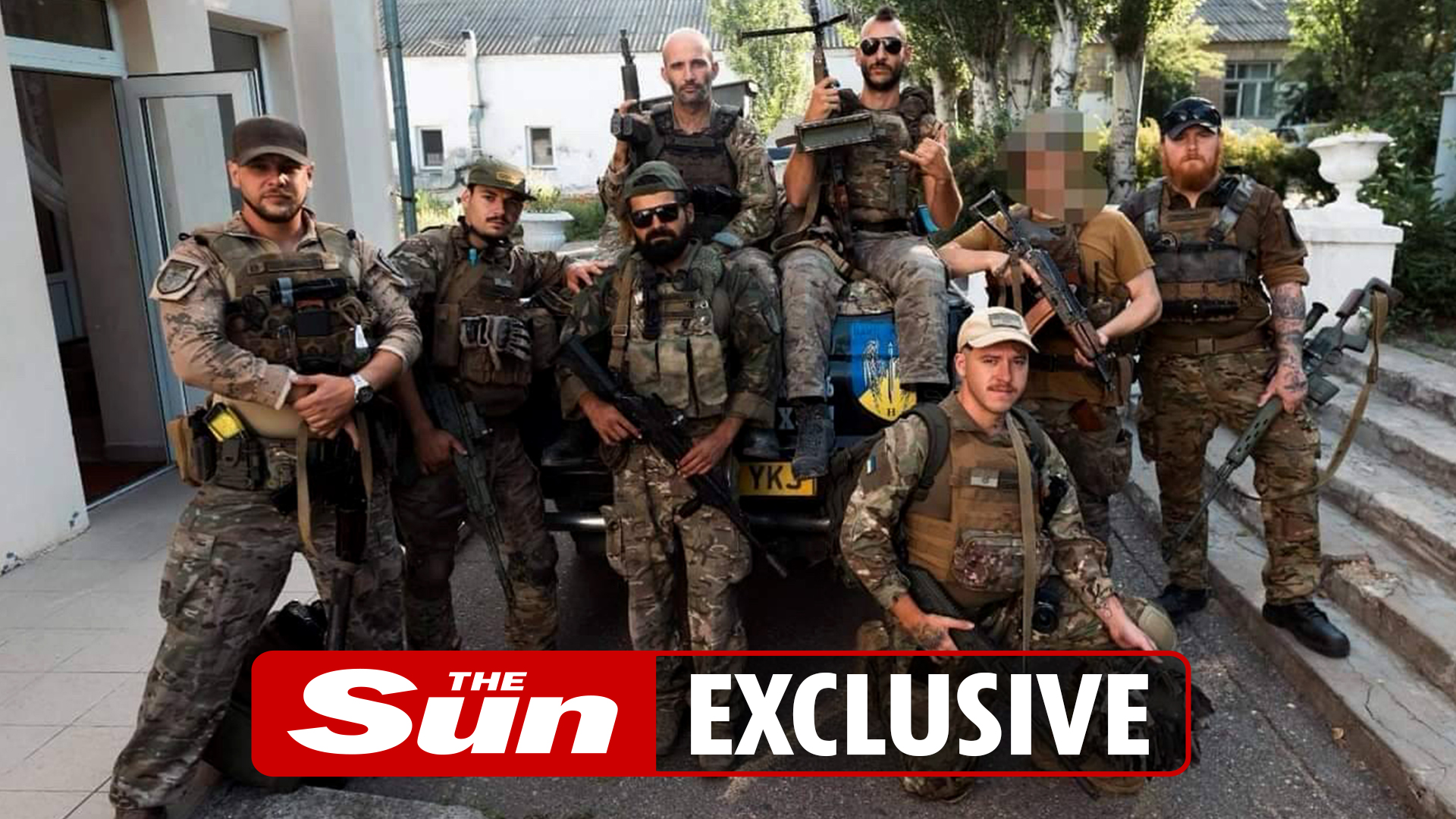 
A BRIT-led team of international volunteers blasted a Russian position with a Javelin anti-tank missile on Ukraine’s front line.

Their unit, known as the Dark Angels, began the commando-style raid after troops from Ukraine’s 28th Brigade gave them an £80,000 fire-and-forget missile.

Body cam footage shot by fellow Brit fighter Sam Newey — a ­student from Birmingham with no previous military experience — shows the four-man team creeping up to a ridge line to fire the US-made guided weapon.

Britain has given Ukraine some 200 Javelin missiles which have a maximum range of 2.5km. The US donated thousands more.

UK Times met the volunteers at their bunker HQ in a bomb-blitzed frontline village.

The highest ranking volunteer was a former US Marine sergeant, Chris.

Others include a German-born bartender, British ex-con Mark Ayres, 49, and a US gun enthusiast, Justin, 29, who fought in Afghanistan.

His volunteers are all unpaid — and laugh off Russian claims they are far-right foreign mercenaries.

Burke, 35, from Manchester, said the mission was launched to try to recover a friend’s ex-husband’s body as well as five missiles inside his van.

He left the Army in 2009, at the rank of private, after serving with the elite 3 Para battalion fighting in southern Afghanistan.

He worked as a builder until 2017 when the Manchester Arena blast inspired him to take up arms against IS and he joined the Kurdish YPG group in Syria.

He was charged with preparing acts of terrorism in 2019 but the case was dropped when prosecutors said they would offer no evidence.

They include a former US Marine who has the “nom de guerre” Zafer, 34, French former pizza shop worker Azadi, 33, and Brit former Royal Green Jacket soldier Mark Ayres, who spent six years in prison after leaving the Army.

On June 9, a squad of six Dark Angels drove to the edge of no-man’s land in Kherson province with an escort of Ukrainian recon specialists who led a core team past the last friendly lookouts before bidding them farewell.

Burke said: “When we reached the ridge we could see the body and the van were overlooked by Russians.

“It would have been suicidal to go down there. But we could see a Russian armoured vehicle in the houses.”

A western volunteer, who asked not to be named, flicked on the Javelin’s thermal scope which immediately locked on to the suspected BMP armoured vehicle.

Set to “top attack”, the missile shot up before looping down on the Russian vehicle’s turret in Oleksandrivka.

The volunteers did not hang about to watch it, sprinting into the low ground before trekking back to safety.

Major Vadim, a Ukrainian battalion commander in charge of 700 men, hailed the volunteers, saying they are a huge morale boost to his men.