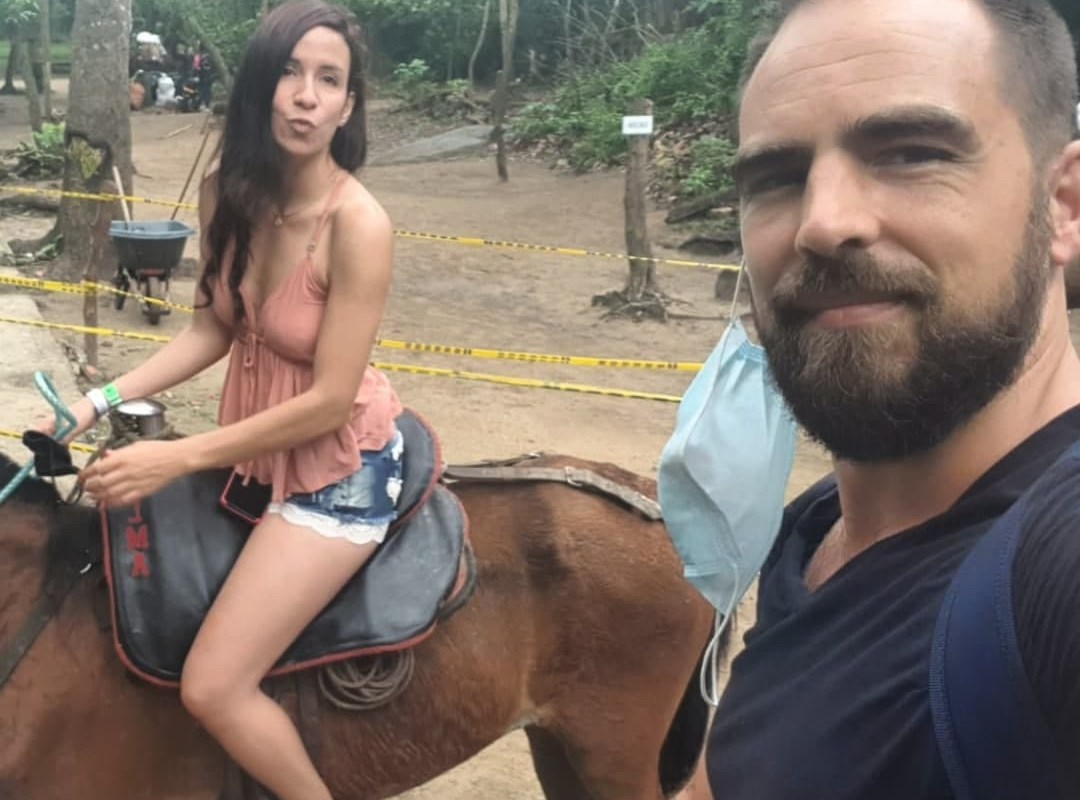 
A BRIT dad-to-be was killed in a hit-and-run during a work trip leaving his partner devastated that he will never meet their unborn son.

Justin Danton, 37, was crossing the road in Colombia when he was hit by a car travelling at high speed on August 9.

The driver of the vehicle sickeningly sped off, leaving Justin lying in the street as passers-by rushed to his side.

The expat actor was taken to a nearby hospital in Medellin with head injuries, but tragically could not be saved.

The 37-year-old was set to become a father for the first time in November – leaving his family heartbroken.

His death is now being dealt with as murder after cops found the car and are set to question the suspect.

Justin, originally of Margate, Kent, was spending 11 months in the South American country after moving over in May to continue his acting areer.

He had previously starred in a film called The Legend of the Mad Axe Man and also had roles in short films including Beacon, Ready or Not and Resentment.

Justin’s grief-stricken parents, Gemma, 56, and Lee, 53, have now set up a GoFundMe to support their unborn grandchild and paid tribute to “our dear boy”.

Justin and his partner, Mary Cruz Avendano, had already decided upon the name Ethan for their new arrival.

The devastated mum-to-be thanked her in-laws for their efforts, saying: “I have no words to thank you for what you are doing for us.”

Gemma then touchingly told her, “We are all with you my darling heart. You are not alone. Help is on the way.”

The 56-year-old added: “We would like you to know that the investigators have finally found the car and the person that committed this awful crime.

“Soon our son can be at peace and we can begin the healing journey.

“The beautiful gift you have all given together is rapidly nearing its target and this week we can send the funds to Justin’s son Ethan and Ethan’s mama Mary Cruz who we love very much.

“They are both doing well and the baby is very strong with ‘super powers’ according to his physicians.

“The funds will go towards housing, furniture, day-to-day living costs, all of the baby’s needs as the mother is ordered to rest and take time to look after her child that grows inside her.

“Ethan is strong. This news makes my heart sing and I know it will make yours sing too. God bless you all from my family to yours you have made all the difference in the world.”

The fundraiser has been flooded with condolences and has already reached £4,400 of its £6,000 target.