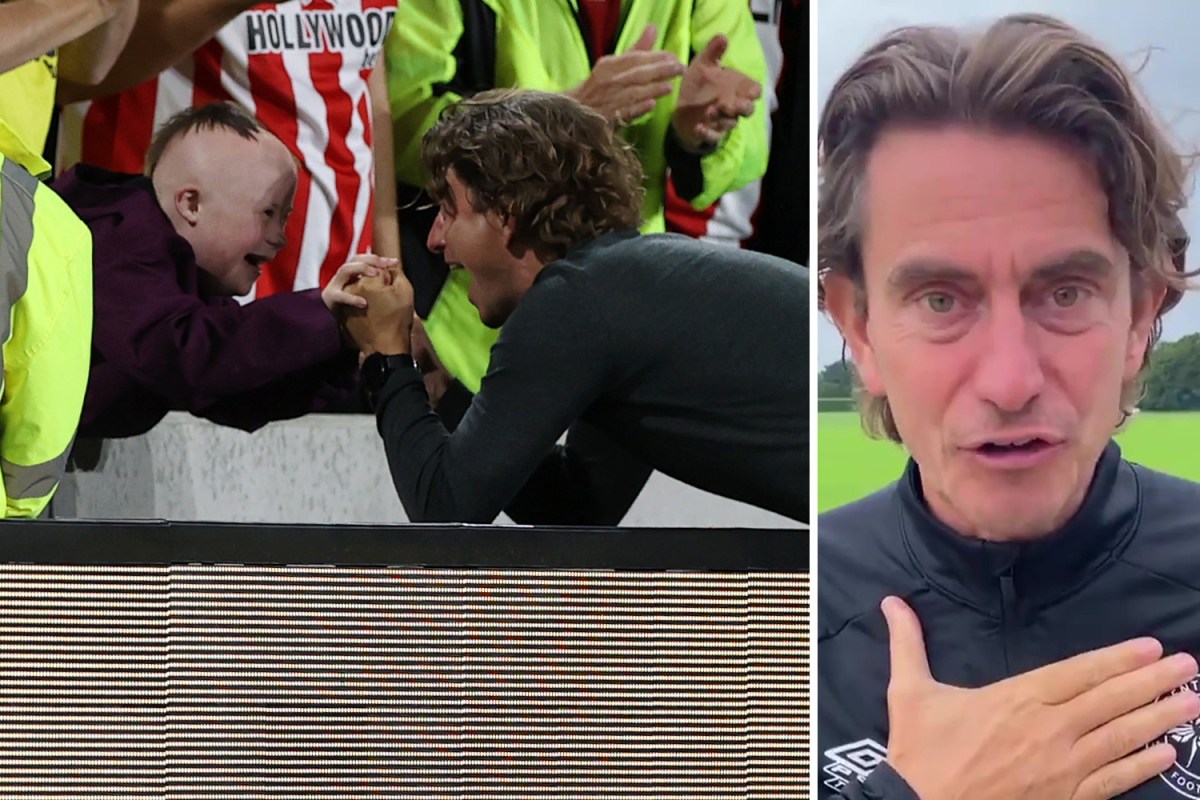 
BRENTFORD boss Thomas Frank sent a touching video message to young fan Woody O’Rourke who he celebrated his side’s 2-0 win over Arsenal with.

After guiding his team to victory in their first-ever Premier League match last Friday, an ecstatic Frank went on a lap of honour with his players.

While they circled the Brentford Community Stadium, Frank spotted little O’Rourke in the crowd and ran over to him to revel in the Bees’ epic win.

Frank has since sent a touching message of appreciation to O’Rourke, who was a regular attendee at the club’s old Griffin Park ground, to make sure the memorable moment lives on forever.

In the clip Frank said: “”Hi Woody, thank you so much for your support.

“It means the world to me, to us, to Brentford that you support us and cheer us on.”

Upon seeing the video O’Rourke was delighted.

But it wasn’t just O’Rourke and Frank who were jumping for joy after the match on Friday.

The Bees crowd broke into ‘Hey Jude’ chants following their team’s enthralling victory over the Gunners.

And as they belted out the Beatles classic, Carragher couldn’t help but get involved and carried his mic into the crowd to join in.

Brentford got themselves off to the perfect start on 22 minutes as Spaniard Sergi Canos opened the scoring.

He cut into the box from the left, nutmegged Calum Chambers and beat keeper Bernd Leno at his near post.

And the Bees’ historic night was complete in the 73rd minute when midfielder Christian Norgaard pounced onto a failed Gunners clearance from a throw-in to head home.