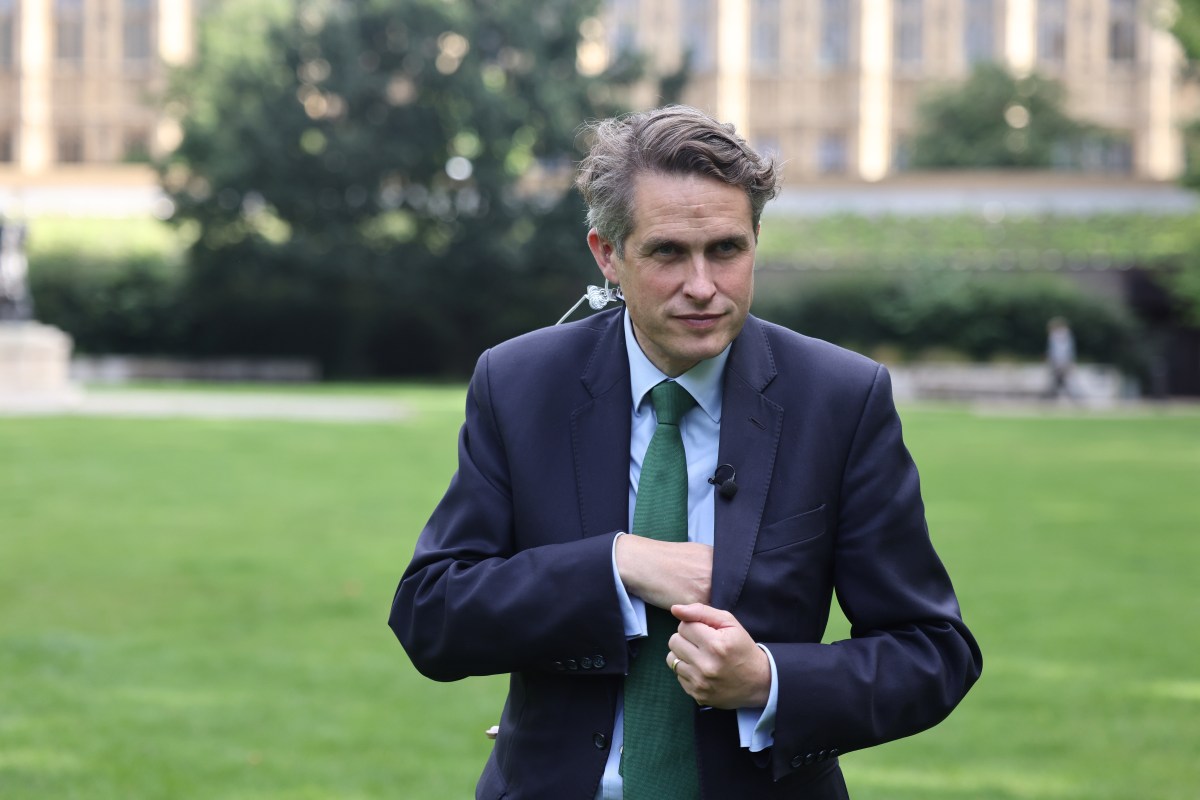 
BORIS Johnson is planning to axe bungling education secretary Gavin Williamson after this year’s A-Levels row, it has been reported.

The PM has set his sights on drafting in controversial culture warrior Kemi Badenoch, who has made a name for herself crusading against “woke campaigners”.

He is poised to make the move during his next Cabinet reshuffle, which could happen as soon as early next year.

Mr Williamson is hanging by a thread after repeated criticism of his handling of schooling and exams during the pandemic.

This year’s A-Levels, which were awarded on teacher assessments, have raised fears about rampant grade inflation.

Insiders have suggested the PM is reluctant to dispense with the education secretary until the pandemic is fully over.

Boris wants him to carry the can for all the failings during the crisis so his successor can start with a clean slate.

One Tory MP said Mr Williamson is “wetting himself about getting the sack” following a series of high-profile missteps.

They told The Times: “He keeps telling people he knows where the bodies are and the PM is too weak to sack him.”

? Read our A Levels Results Day live blog for the latest updates

The gaffe-prone education secretary is even said to be actively angling for a demotion to keep his Cabinet post.

He reportedly wants to take over Jacob Rees-Mogg’s role as Leader of the Commons if he’s shunted out of his current job.

There have been repeated calls for Mr Williamson’s head, including after last year’s A-Level and GCSEs farce.

His allies point out that he has been in post during an unprecedented period of disruption to young people’s learning.

Boris is apparently lining up equalities minister Ms Badenoch, who is a rising star in the Tory party, for a big promotion.

The 41-year-old, who also serves in Rishi Sunak’s team at the Treasury, has a burgeoning reputation amongst the grassroots for her war on woke.

She only entered Parliament in 2017, being handed the safe seat of Saffron Walden in Essex, and has quickly risen through the ranks.

It comes amid reports Mr Williamson’s potential successor may have to scrap A-Levels altogether to correct rocketing grade inflation.

A record 45% of entries this year were awarded an A* or A, which is double the rate in 2019 when exams were last held.

That has sparked fears the top results have essentially become “meaningless” to universities and employers.

But an immediate return to pre-pandemic norms is impossible because it would unfairly hit the next cohort of students.

They would be left trying to compete with previous years who had much higher grades awarded be teacher-assessment.

One solution being looked at is to scrap A-Levels altogether and replace them with a new number-based exams system.

The overhaul would see A* to E replaced by grades at 1-9 to reset the level at which grades are awarded.

It would mirror a revamp of the GCSE system which took place in 2017.