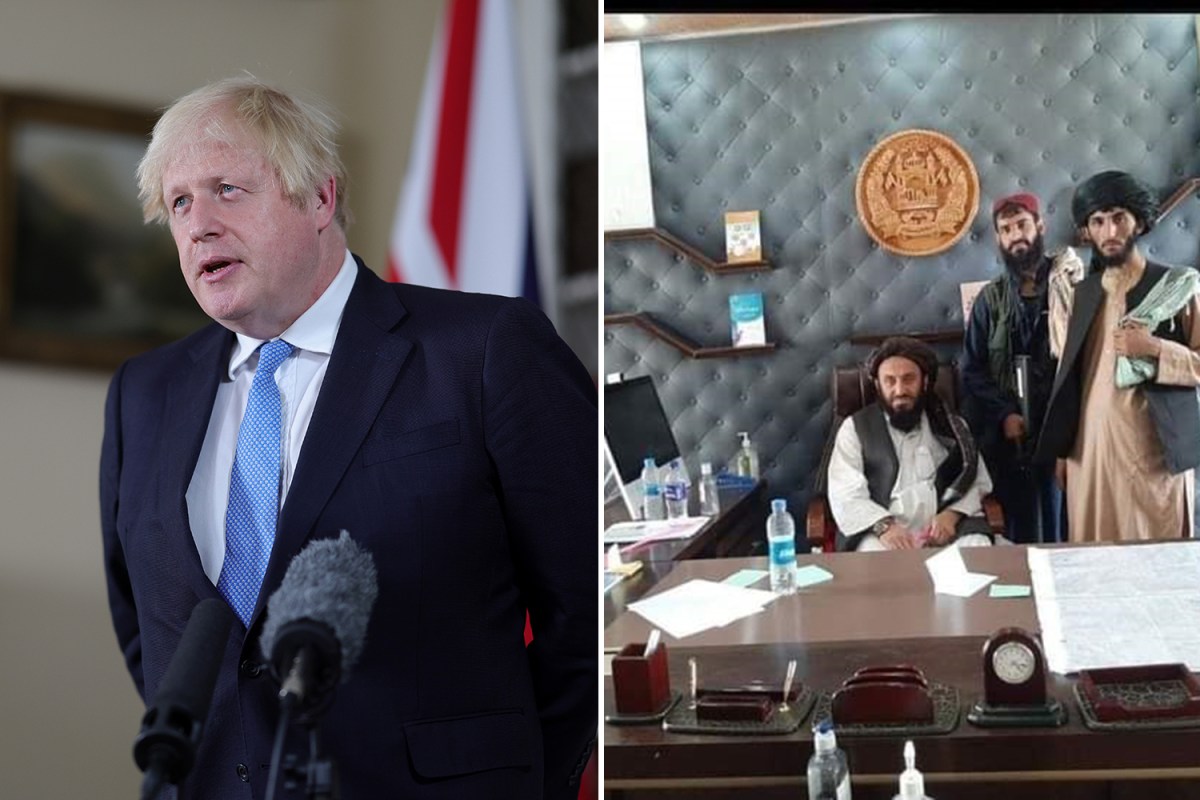 
BORIS Johnson has blamed the US for the advancement of the Taliban in Afghanistan, claiming President Biden “accelerated” their control.

In the wake of the Cobra meeting, Boris said it was “fair to say the US decision to pull out has accelerated things, but this has in many ways been a chronicle of an event foretold.”

He urged the West to come together to stop Afghanistan again becoming a “breeding ground for terrorism”, after the Defence Select Committee chairman warned of terrorist attacks on the West “on the scale of 9/11.”

Mr Johnson told Sky News: “I think we’ve known for some time this is the way things were going and as I said before, this is a mission whose military component really ended for the UK in 2014, what we’re dealing with now is the very likely advent of a new regime in Kabul, we don’t know exactly what kind of a regime that will be.”

The PM then made clear that the Government’s priority is to “make sure we deliver on our obligations to UK nationals in Afghanistan, to all those who have helped the British effort… over 20 years and to get them out as fast as we can.”

Afghan President Ashraf Ghani today fled the country after the Taliban stormed the capital Kabul and seized his palace.

Militants demanded a “peaceful transfer of power” while thousands rushed to escape the increasingly concerning situation.

The speed of their victory has shaken the world and came just weeks after troops from the US, UK and other Nato countries left Afghanistan.