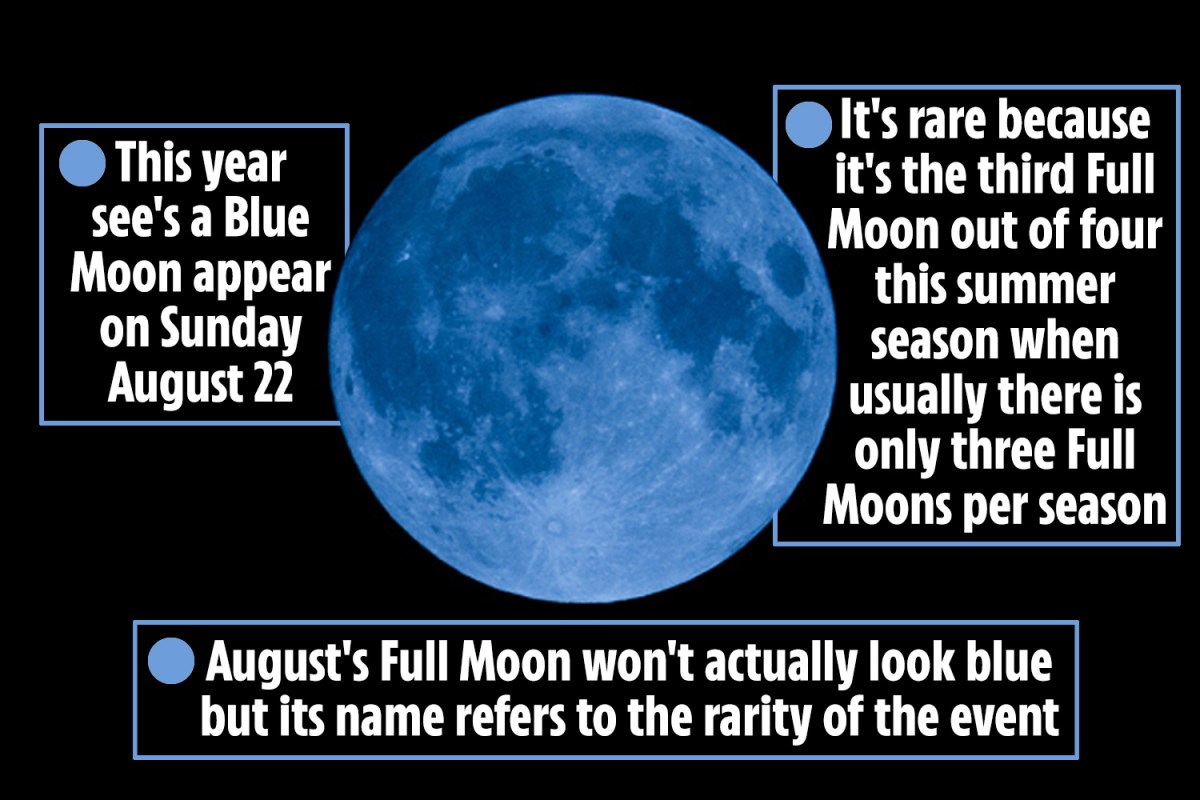 
A RARE Blue Moon will be taking to the sky this week.

The Full Moon should be visible on August 22 and it will also shine next to Saturn and Jupiter.

A Blue Moon usually refers to the occasion when a full Moon appears for the second time in the same month, this is very rare.

That’s why some people use the phrase “Once in a Blue Moon” to describe an event that doesn’t happen very often.

However, this Sunday’s Full Moon is being called a Blue Moon because it will be the third Full Moon out of four during the Northern Hemisphere’s summer season.

Usually, there’s only three moons per season so this Full Moon will be rare.

It will also be called the Sturgeon Moon.

The Sturgeon Moon is a common name for August’s Full Moon because North American fishing tribes would see the appearance of lots of sturgeon fish around this time of year.

Weather depending, you should see the Blue Sturgeon Moon in all its glory before sunset on August 22 but it will look brighter as the evening grows darker.

It is possible for the Moon to look blue if Earth’s atmosphere contains dust particles that are bigger than 900 nanometers.

These big particles can scatter red light and make the Moon appear blue.

It can happen after a volcanic eruption or a big wildfire.

In other news, Jupiter is set to shine at its biggest and brightest this week.