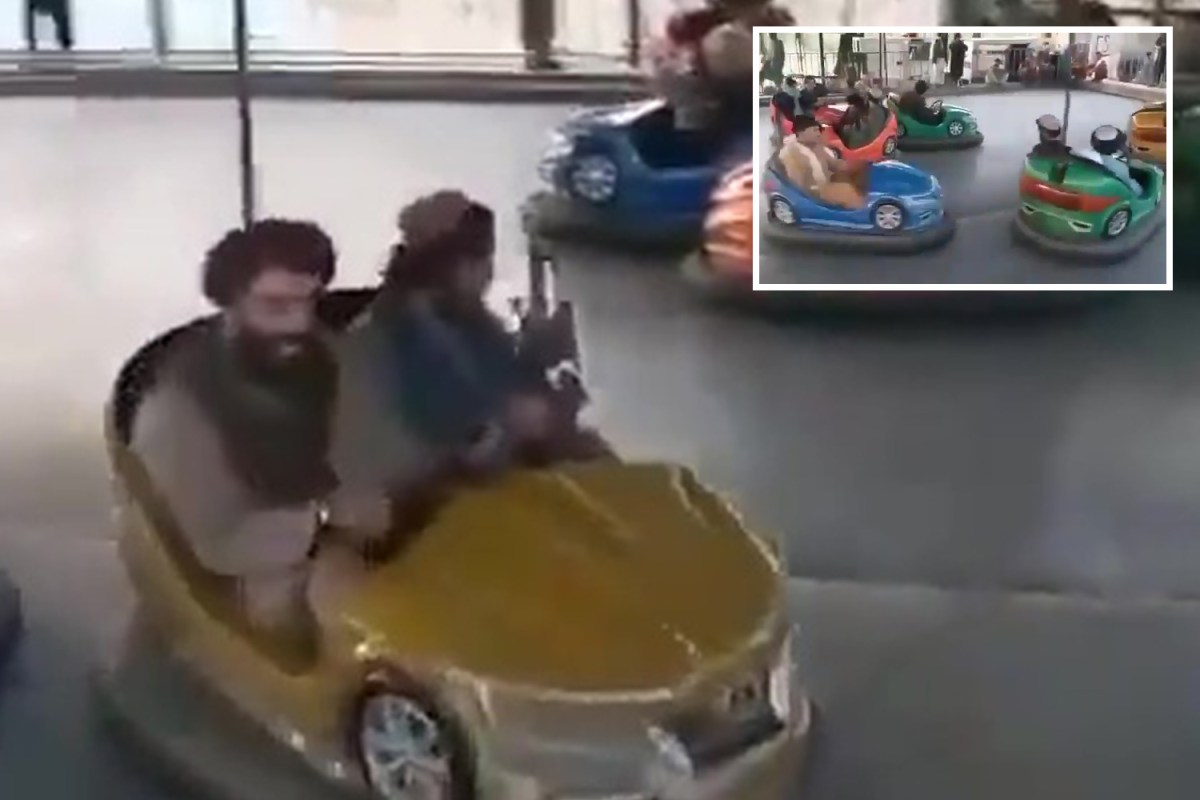 
TALIBAN thugs have been having fun playing on the dodgems in a captured theme park – as others go door-to-door with a kill list.

Bizarre video shows the armed fanatics, who carry out brutal executions, stonings and amputations, riding around at the newly captured theme park.

Footage from shows the driving the toy cars around and seemingly enjoying themselves.

The two can be seem laughing and smiling as they they drive around into other dodgems – with their guns propped up in the passenger seat.

In other video, Taliban fighters were also seen riding ponies on a merry-go-round.

It comes as disturbing reports are already emerging from Afghanistan going door-to-door with a kill list with women face torture and execution under brutal new rules.

It appears however their first mission is tick off victims who have made their way onto their “kill list” as they hunt down anyone who may have helped forces of the US, UK and other nations during the occupation.

And they are reportedly going door-to-door in Kabul as they hunt for soldiers, police, government officials and journalists.

Brutality looks set to reign again in Afghanistan, with Taliban spokesman Suhail Shaheen saying punishments and executions are up to the “religious followers and the courts”.

And when asked specifically about the horrific violence meted out in the 90s, such as chopped off hands and feet and stonings, he said: “I can’t say right now. It is up to the courts and the judges and the laws.”

It was reported by France24 that in July the Taliban issued an edict demanding local leaders to present lists of girls aged over 15 and widows under 45 so they could be married off the Taliban fighters.