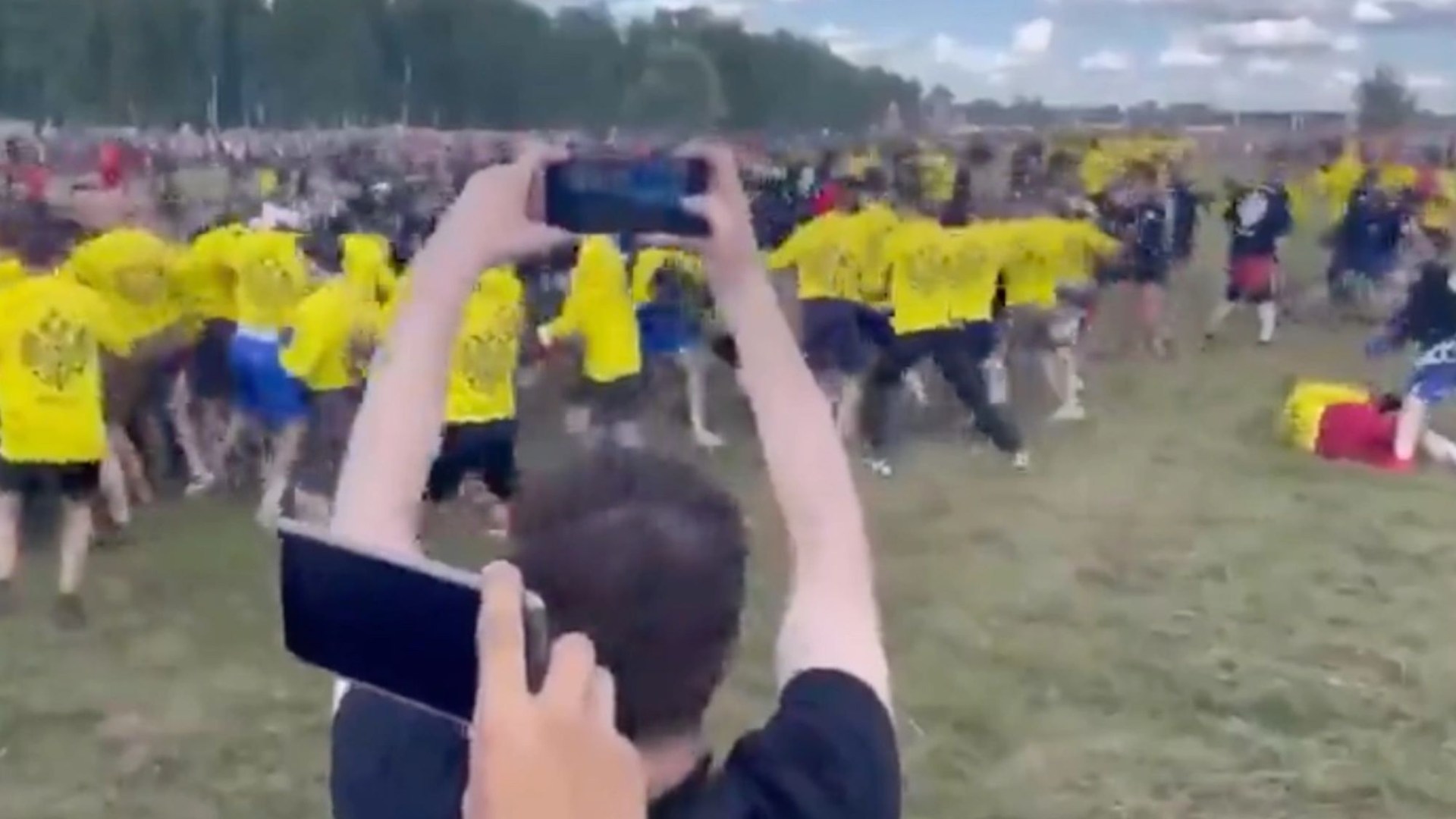 
THIS is the bizarre moment 1,200 boxers took part in a mass brawl in Russia as they paid tribute to Ivan the Terrible.

Two teams of 600 took part in the event called Walk the Field which was held just outside Moscow over the weekend.

It marked the 450th anniversary of the Battle of Molodi, where the Russian troops led by Prince Mikhail Vorotynsky managed to defeat a much larger Crimean army

The sides donned either yellow or black t-shirts and lined up with the opposing sides facing each other before charging and chanting.

While all those who took part were given a pair of gloves, it seems protective headgear was optional.

Once the two sides met, punches were quickly thrown, although there doesn’t appear to have been any following of the Queensbury rules as some seemed to carry out MMA moves which wouldn’t have been allowed in any boxing ring.

Luckily, the punch up only lasted a minute and afterwards a round of applause broke out.

Although it was over quickly, it’s thought the clash set a new world record for the most people to ever take part in a fight.

Fortunately, as well, no one was harmed in the celebration, which was in marked contrast to the original battle in Molodi where at least around 30,000 soldiers are estimated to have been killed.

The battle is seen by historians as a key moment in Ivan the Terrible’s reign.

Ivan Vasilyevich was the first Tsar of Russia who reigned from 1547 to 1584.

He gained a fearsome reputation and his nickname after launching waves of violent purges and persecutions across the country which were carried out by his personal guard, known as the oprichniki.

In one particular barbaric event in 1570 he ordered the oprichniki to ransack the city of Novgorod, where he feared the nobles were plotting against him.

Up to 3,000 men, women and children were estimated to have been killed in a massacre that lasted five weeks with others being tortured, often by being tied to sleighs and driven into the freezing Volkhov River.