Biker tells man off for throwing rubbish out car window 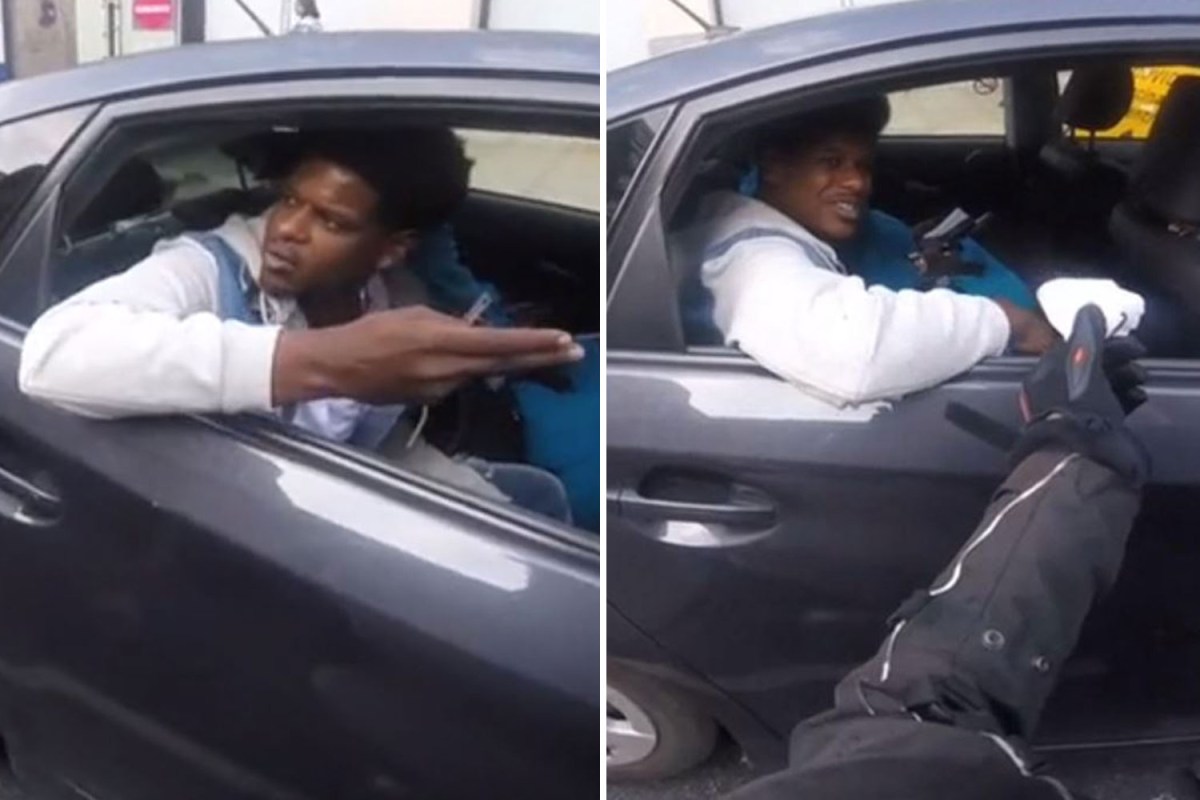 
A MOTORCYCLIST has been slammed for making a scene when he told off a motorist for lobbing rubbish out the window.

The biker posted the footage on social media after he spotted a man in the back of a taxi throwing paper on the ground.

Footage from the headgear of the biker, believed to be in London, caught the whole row on camera, with another man on a bike shouting at the passenger.

The two men then begin arguing, with the rider of the bike telling the man to pick up the paper.

He holds it out to him, before saying: “Your face is on camera, don’t do that because the driver will get a ticket.

“You should tell him not to throw rubbish out.”

The passenger then tells him to “calm” before adding “are you police or something why are you taking it so serious.”

In the heated exchange the biker then tells him that he is a “citizen” and just wants to “keep his city clean.”

A third man then intervenes, and asks what is going on, with the passenger demanding to know why he is “getting involved” – shouting “was I talking to you g?”

At the end of the footage the biker throws the rubbish back into the car as it pulls away.

‘WHY ARE YOU MAKING A SCENE’

The video viral on TikTok, with almost 10 million views, dividing the opinions of those who watched it with some slamming the biked for his actions.

One said: “You’re doing the right thing, but you’re doing it the wrong way.”

While another added: “This guy thinks he’s superman saving the world, waste man.

A third added: “Bro it’s a tissue you’re acting like he’s dumped a whole trash can on the floor.

“Why are you making such a scene, bro you’re such a Karen.”

Anyone who is caught littering can be fined up to £120 if their fixed penalty notice is not paid within 14 days.

The FPN is required to state the offence committed and it must be paid within 14 days.

Stats provided by Highways England said that around 200,000 sacks of litter were removed from England’s roads every year.

This included everything from coffee cups and the remnants of fast food meals, to nappies, cigarette butts and apple cores.