Biden ‘is oblivious to Taliban terror threats’ against the US ahead of 9/11 anniversary, Lindsey Graham says 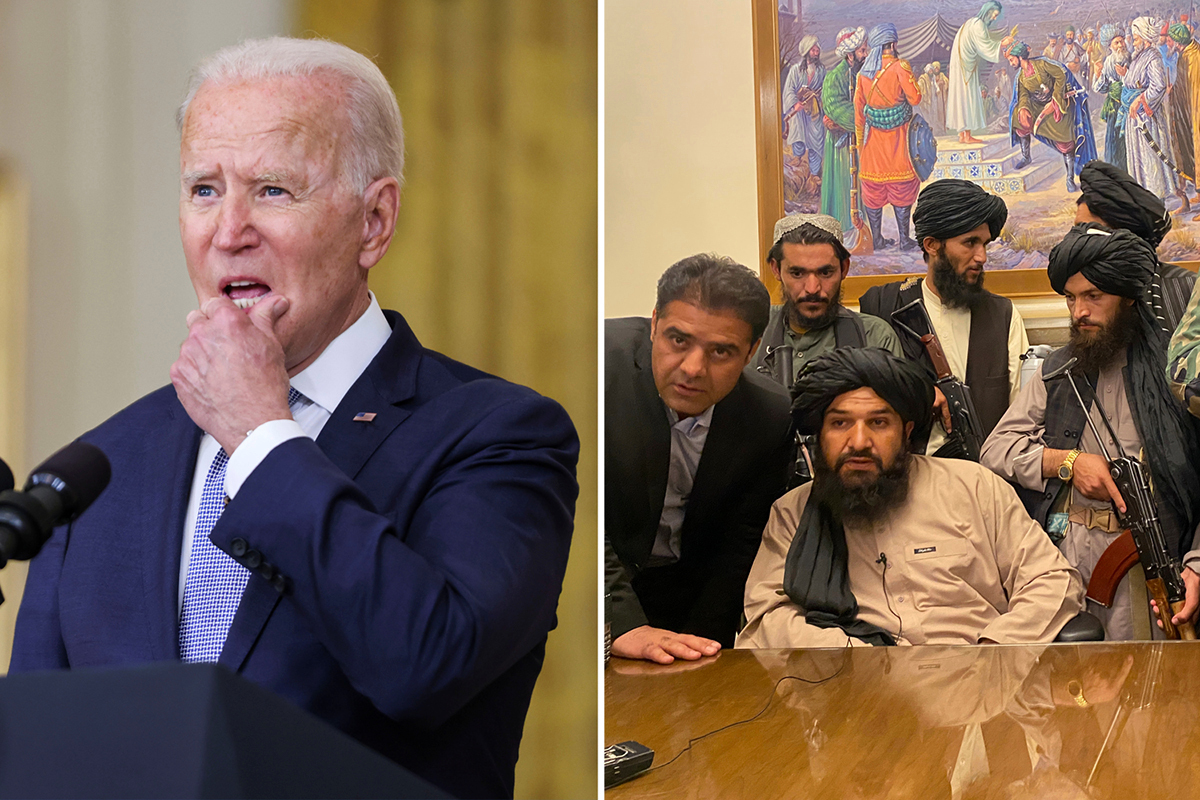 
JOE Biden is “oblivious” to the terrorist threats the Taliban poses to the US, a top Republican Senator has warned.

The radical Islamist insurgents are on the verge of taking control of the country – weeks before the 20th anniversary of 9/11.

Senator Lindsey Graham told Newsweek: “It’s only a matter of time until al-Qaeda re-emerges in Afghanistan and presents a threat to the American homeland and western world.”

The Republican said jihadists around the world will be celebrating what’s happening in Afghanistan.

The Republican branded the decision to withdraw all remaining troops weeks before the 9/11 anniversary a “disaster”.

He said: “The decision by President Biden to fully withdraw is a calamity for the people of Afghanistan – a disaster for the American people and shows a lack of understanding as to the threats that still emanate from the War on Terror.”

Graham warned the president not to recognize the incoming Taliban government.

He branded the insurgents “medieval thugs” amid fears that a new government could mean a repressive regime for women and girls.

It comes just days after security officials in Washington warned of a heightened terror threat in the buildup to the 20th anniversary of 9/11.

Department of Homeland Security officials warned foreign terrorist groups could be motivated by the anniversary.

A bulletin published on Friday said: “The 20th Anniversary of the September 11, 2001 attacks as well [as] religious holidays we assess could serve as a catalyst for acts of targeted violence.

“Leading up to the anniversary of the 9/11 attacks, Al-Qa’ida in the Arabian Peninsula recently released its first English-language copy of Inspire magazine in over four years, which demonstrates that foreign terrorist organizations continue efforts to inspire U.S.-based individuals susceptible to violent extremist influences.”

President Biden has been criticized by politicians in the US and abroad for his handling of the crisis.

He has been accused of “hiding out on vacation” at Camp David while Taliban insurgents seize control of the country.

Sen Tom Cotton said: “Why is Joe Biden in hiding? He should immediately address the nation and answer for the catastrophic situation in Afghanistan. Conference calls between cabinet secretaries and senators don’t cut it in a crisis.”

Former President Donald Trump has called on Biden to “resign in disgrace” following the Taliban’s advances.

In a statement, he said: “It is time for Joe Biden to resign in disgrace for what he allowed to happen in Afghanistan, along with the tremendous surge in Covid, the border catastrophe, the destruction of energy independence, and our crippled economy.”

Boris Johnson appeared to blame the US for the advancement of the Taliban in the country.

He said the “difficult” situation had been exacerbated by Biden’s decision to withdraw troops from the war-torn country.

Thousands of people desperately stormed planes in a bid to flee Afghanistan and the Taliban.

Unverified reports claim that two people had fallen several hundred feet to their deaths after being thrown from a C-17 aircraft that had just taken off from Kabul airport.

Meanwhile, a stampede on the airfield has left at least five people dead, according to reports.

Members of the Taliban declared Sunday that they had been “victorious” in a statement.

Biden temporarily deployed around 5,000 troops to help with the evacuation of the embassy staff as the situation deteriorated.

Both Republicans and Democrats have compared the mission to the Fall of Saigon in 1975 which effectively ended the Vietnam War.

Rep. Elise Stefanik said: “This is Joe Biden’s Saigon. A disastrous failure on the international stage that will never be forgotten.”

And, Debbie Dingell, who represents Michigan’s 12th congressional district, told MSNBC: “It does feel like the fall of Saigon today. I’m not going to lie.”

Hitting back, Secretary of State Antony Blinken said: “This is manifestly not Saigon” – adding that the US had “done its duty” over the past two decades in Afghanistan.

State Department Spokesman says ‘this is not abandonment’ as Biden sends 3,000 troops to evacuate Afghan embassy amid Taliban takeover