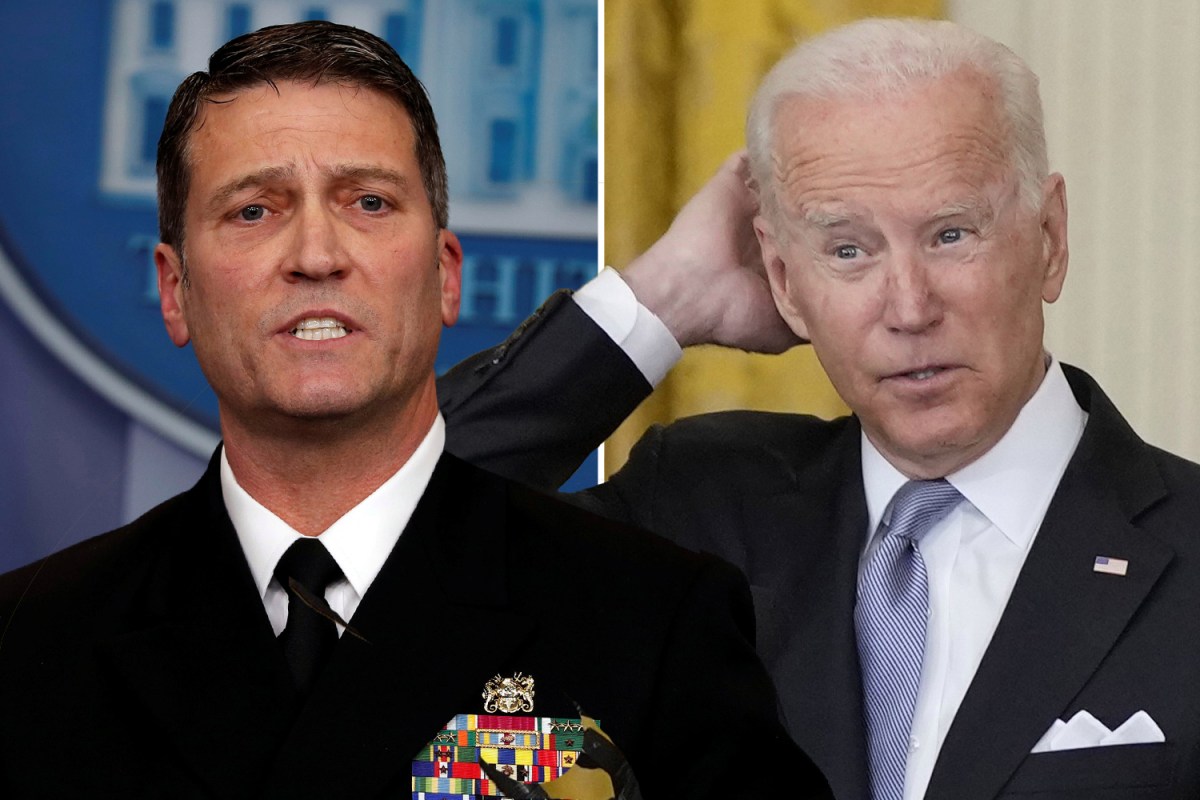 His damning indictment came following the president’s decision to pull US troops out of Afghanistan and the resulting Taliban takeover.

Jackson – who was Donald Trump’s former White House physician  – tweeted: “Remember when I said it was time to consider the 25th Amendment and the LIARS in the liberal press ATTACKED me?

“I wonder what they think now after Biden is very OBVIOUSLY mentally incapable of leading during a crisis. Something MUST be done!”

Jackson has repeatedly questioned Biden’s health, saying last month that the Democrat likely won’t be in the position of president for long.

He said then: “I think that he’s either going to resign, they’re going to convince him to resign from office at some point in the near future for medical issues, or they’re going to have to use the 25th Amendment to get rid of this man right now.”

Biden’s handling of the crisis in Afghanistan has already been compared to the “Fall of Saigon” – a humiliating US retreat that effectively marked the end of the Vietnam War.

And his statement about the crisis on Monday was branded “one of the most shameful” in American history as he was accused of “washing his hands” of desperate Afghans.

Republicans are even said to be touting the idea of invoking the 25th Amendment that could see Joe Biden removed from office as the crisis in Afghanistan continues to deepen.

Senator Rick Scott said: “After the disastrous events in Afghanistan, we must confront a serious question: Is Joe Biden capable of discharging the duties of his office, or has the time come to exercise the provision of the 25th Amendment?”

The president had doubled down on the decision to withdraw troops ahead of the 20th anniversary of 9/11 as he slammed the Afghan government for “giving up” in the face of Taliban militants.

Biden admitted that he was surprised by the speed of the Afghan government’s collapse.

But he told Americans that “he stands squarely” behind his decision to withdraw troops.

He blamed the outgoing Afghan administration, accusing leaders of “giving up without a fight”.

The president reiterated that American troops shouldn’t be fighting in a war “that Afghan forces are not willing to fight themselves”.

Department of Homeland Security officials fears that foreign terrorist organizations could be motivated by the 20th anniversary of 9/11.

Former President Donald Trump called on Biden to “resign in disgrace” following the Taliban’s advances as they took control of Afghanistan.

Video footage appears to show two people “falling to their deaths” after being thrown from a C-17 aircraft that had just taken off from Kabul airport.

And, a stampede on the airfield left at least seven people dead.

It’s feared that the Taliban government could mean a repressive regime, particularly for women and girls.

They were brutalized and oppressed – with cruel tortures and public executions – when the militant group ruled Afghanistan in the 90s.