Bernice Blackstock schemes to get Nicola and Jimmy King back together 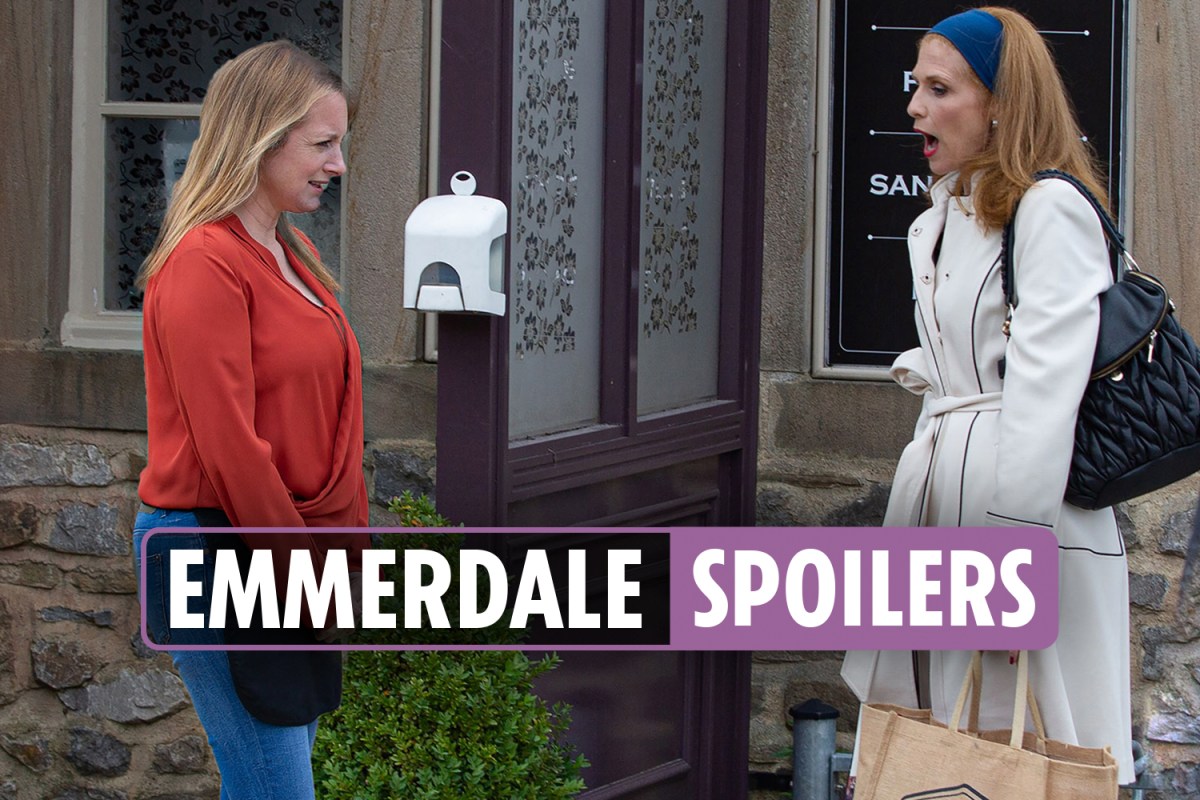 
EMMERDALE’S Bernice Blackstock plans to work some magic to try and get Nicola and Jimmy back together.

Bernice notices a warm moment between Nicola and Jimmy King, and she begins to wonder if there’s still love between them.

She then starts to make a plan to get her half-sister back with her estranged husband.

Bernice’s plan comes as the pair pretended to reconcile for the sake of his son Carl after his mum, Juliette Holliday, dealt him a heart-breaking snub.

Juliette – who’s been battling for custody of Carl in recent months – left Jimmy and Nicola panicking that she wanted to take Carl to New York last week after dropping the bombshell that she’d had a job offer there.

But tonight, when Nicola and Jimmy put on a united front to tell Juliette they weren’t going to let her take Carl to America, Juliette shocked them again.

“I have a boyfriend, Alistair. Alistair’s got the job, not me. And, well, the thing is, Alistair’s not great with children,” Juliette said.

But Carl struggled with the news, so Nicola and Jimmy pretended to be back together to help him feel better.

The boy overheard them arguing and stormed out saying, “Nobody wants me.”

Nicola then decided it would be best for Carl if Johnny moved back in to help him get over his abandonment by Juliette.

She told Jimmy it was only for Carl’s sake and that he would be sleeping on the couch.