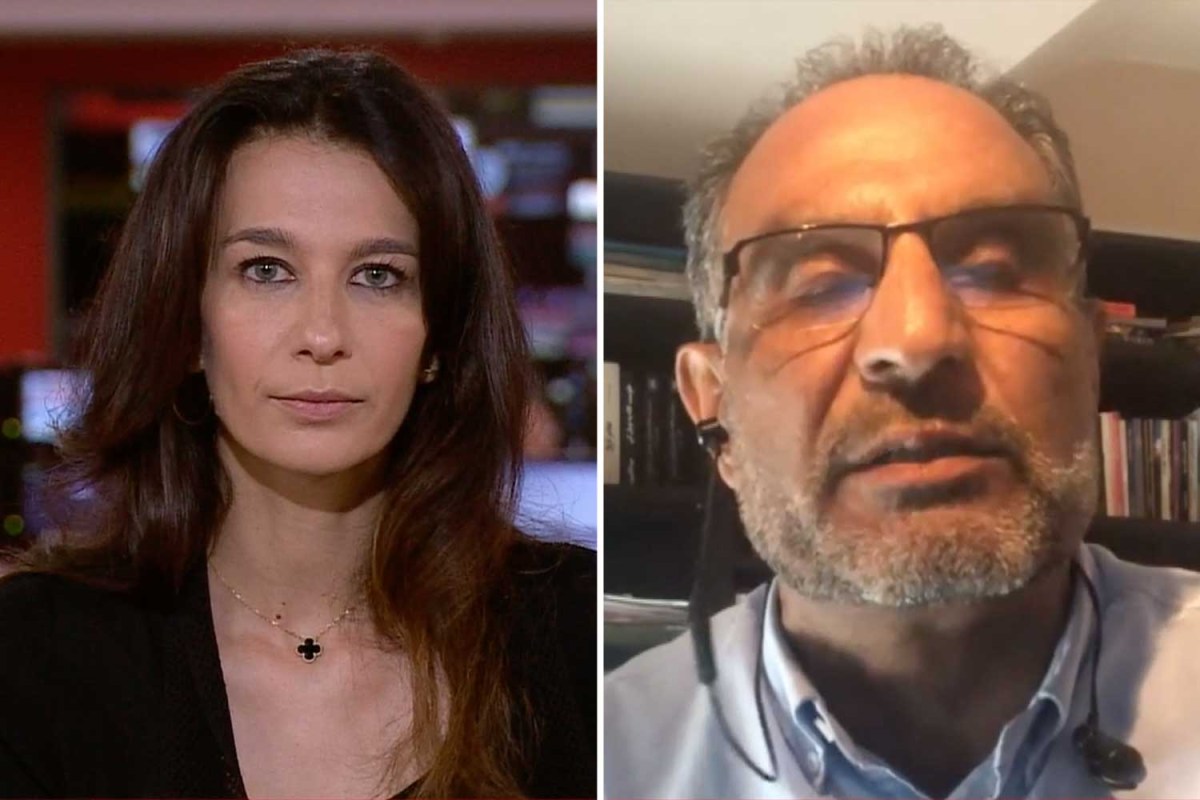 
THIS is the moment a BBC reporter suddenly received a call from the TALIBAN to her mobile phone while live on air.

Yalda Hakim, who was born in Afganistan, appeared startled, but calmly dealt with the surprise interviewee just hours after the Islamist group stormed Kabul.

She said: “Okay, we have got the Taliban’s spokesperson Shail Shaheen on the line. Mr Shaheen, can you hear me?”

He confirmed that he could – and immediately began a speech in which he promised “peace”.

He said: “There should not be any confusion, we are sure the people of Afghanistan in the city of Kabul, that their properties and their lives are safe.

“There will be no revenge on anyone. We are the servants of the people and of this country.

“Our leadership has instructed our forces to remain at the gate of Kabul, not to enter the city.

“We are awaiting a peaceful transfer of power.”

However, Shaheen did not rule out that public executions and the amputation of hands and feet could be used.

He said: “I can’t say right now, that’s up to the judges in the courts and the laws.

“The judges will be appointed according to the law of the future government.”

He also confirmed that Afghanistan will return to Sharia law, adding: “Of course, we want Islamic government.”

Meanwhile the Taliban spokesperson said they will respect the rights of women and allow them access to education.

Concerns have been raised that the Taliban’s takeover will result in women being shut off from work and education.

We know from experience that women previously had few rights under Taliban rule.

But the group has claimed it has changed and it will allow women to work, go to school, leave their homes alone and wear the hijab.