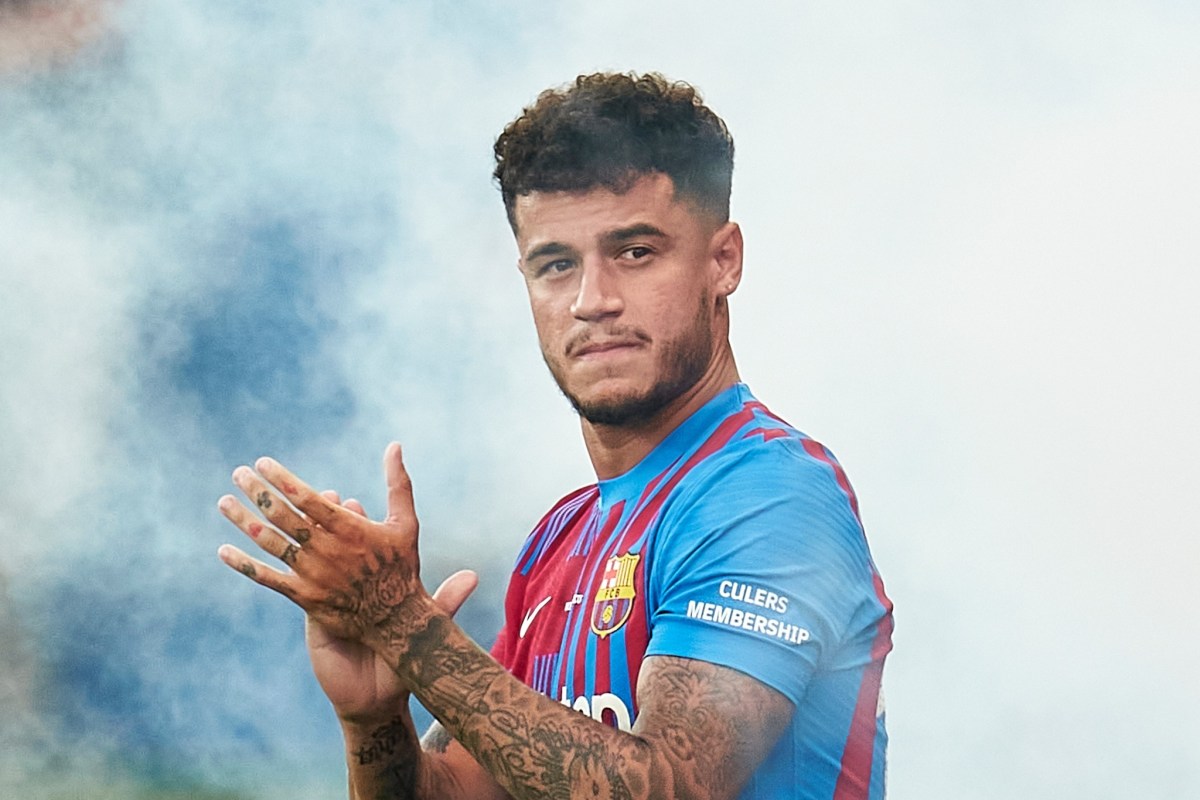 
PHILIPPE COUTINHO is reportedly being offered to Lazio and Premier League clubs for a cut-price loan transfer this summer.

Barcelona’s financial crisis has continued despite the exit of Lionel Messi, with further pay cuts being discussed with players.

One deal that could lighten the Catalans’ heavy wage bill is a move for midfielder Coutinho.

The 29-year-old has struggled to live up to his initial £105million fee since joining in 2018.

According to La Gazzetta dello Sport, Lazio have been offered the chance to loan the Brazilian while paying only half of his net £150,000-a-week salary.

However, Coutinho is said to prefer a move to a Champions League club.

And ‘several’ Premier League clubs are also in the mix, with a brighter financial outlook than Italian side Lazio.

It is said that around £17m must be brought in before Maurizio Sarri’s team can complete the acquisition of Elseid Hysaj and the contract renewal of Stefan Radu.

Lucas Torreira of Arsenal is also nearing a loan switch once funds are made available, most likely via the sale of Joaquin Correa to Inter Milan.

On the eve of the Spanish giants’ LaLiga opener against Real Sociedad, they were finally able to confirm the registration of new signings Memphis Depay and Eric Garcia.

The club confirmed that a fresh pay cut agreed with Gerard Pique was responsible for releasing the space in their wage bill, which is subject to a strict league salary cap.

Barcelona boss Ronald Koeman has insisted that his side are capable of challenging for titles amid the shake-up.

He told reporters: “There has been a lot of talk about Messi and it is normal, because of his effectiveness and quality.

“We don’t have him anymore, but there are other players. We have a very strong squad.

“We must recover those who are injured. There are no more excuses, there are games, there are points, we’ve had a good pre-season…”

The Dutchman added: “We lack people, some players are still injured.

“The squad is short. That’s why we need a striker. It depends on whether we can make signings. It depends on the fair-play issue. If we can, we will buy.”