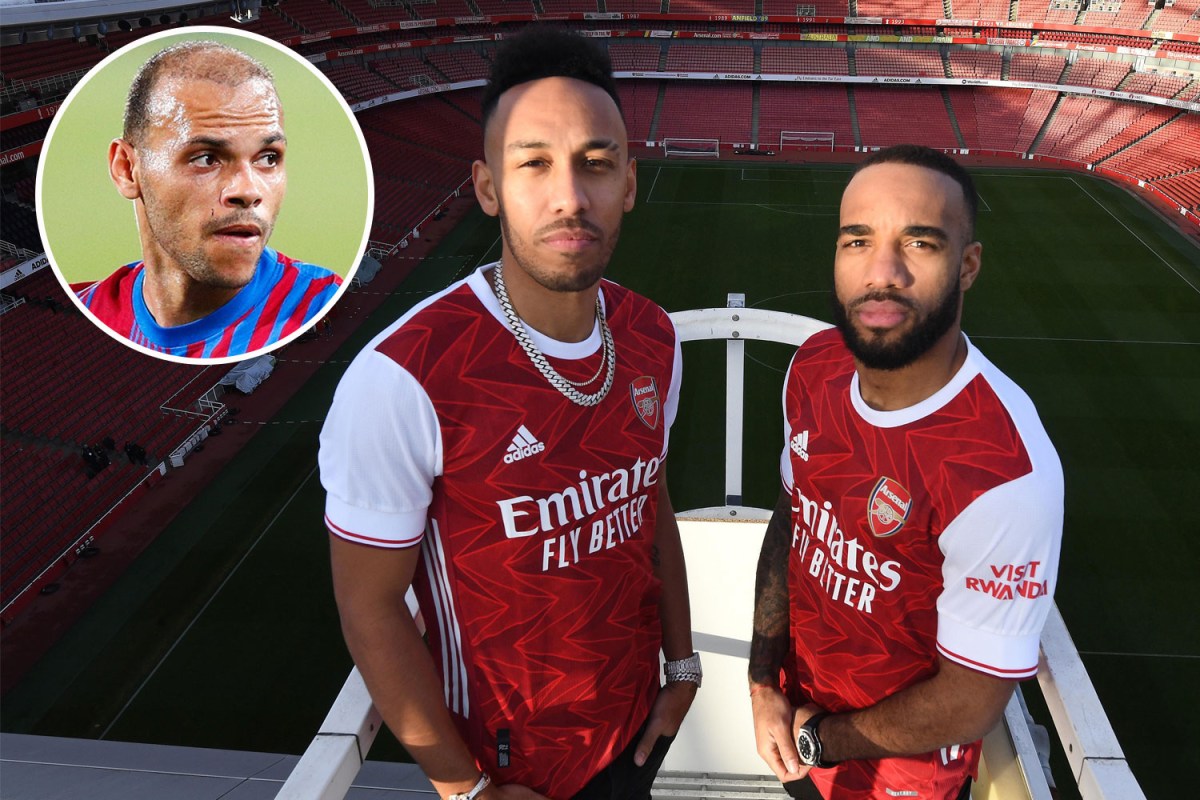 According to Sport, Barca manager Ronald Koeman wants to sign a new striker and Aubameyang as well as Lacazette are among his top targets.

However, the Blaugrana would only be able to make that move if Martin Braithwaite is sold for a significant fee.

The Catalan giants’ financial struggles wouldn’t allow them to trigger either Gunners’ star’s release clause unless they sell first or exchange one of their players.

Barcelona have previously expressed an interest for both Aubameyang and Lacazette in the past.

And the north Londoners’ strikers are reportedly open to moving to the Nou Camp.

Lacazette has been linked with an exit from the Emirates throughout the summer transfer window.

Aubameyang, on the other hand, has failed to impress Arsenal manager Mikel Arteta during pre-season and could also be on the move.

Koeman is looking for a way to replace Lionel Messi’s goals after the forward’s departure to Paris Saint-Germain.

The Dutch manager already has the likes of Antoine Griezmann, Ousmane Dembele, Memphis Depay and Ansu Fati at his disposal.

Sergio Aguero also joined the club from Manchester City but suffered a calf injury that has ruled him out for 10 weeks.

Braithwaite could also contribute in Barcelona’s frontline but has been linked with a move away from the Catalan capital.