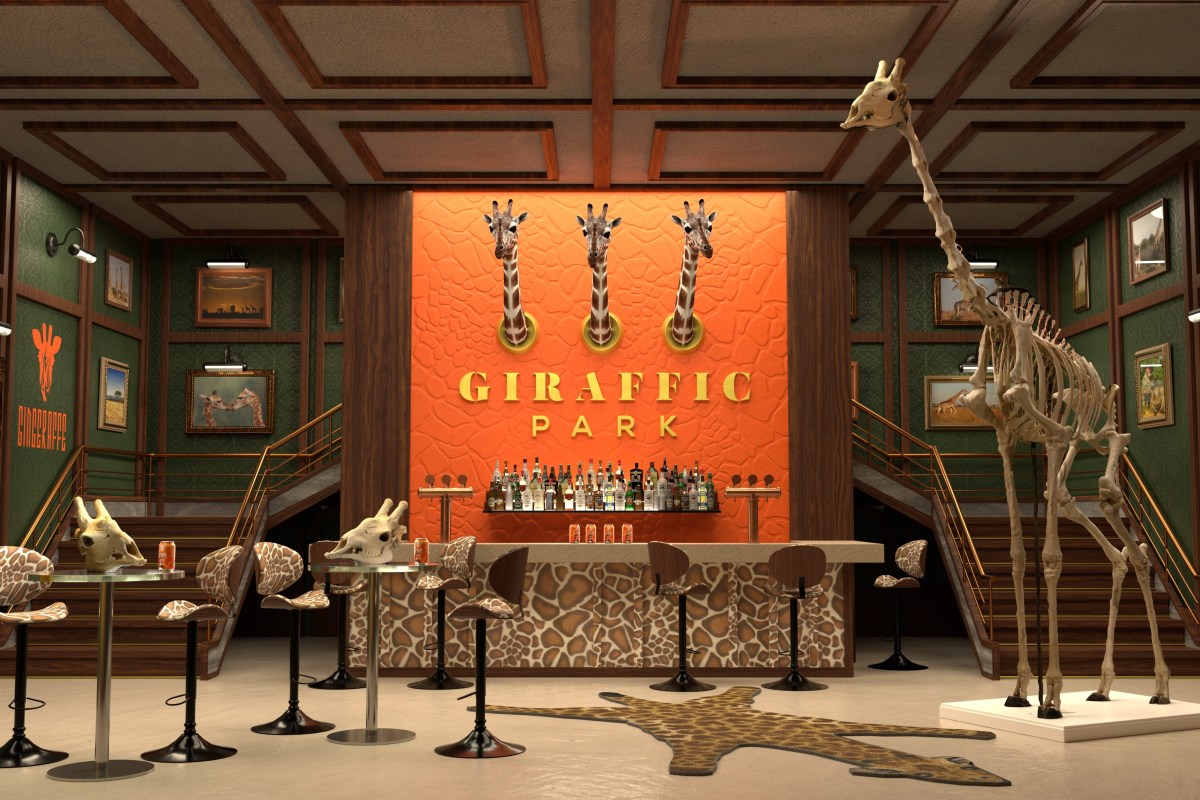 
THE owners of a brand new bar hope their new venue will NEVER welcome any customers.

There are high hopes punters will never see the inside of Giraffic Park – because doors won’t open until the last giraffe dies.

The pub has been designed to raise awareness of the impact climate change is having on populations of the long-necked creatures.

And the official opening is currently slated for 2050 – when experts believe giraffes will go extinct if climate change isn’t tackled.

However, before then, supporters can ‘buy’ booze virtually via girafficpark.pub.

Money made will go towards saving the 117,000 giraffes left in the wild.

Brand manager Emily Gray said: “When we realised the extent of the problem, we realised we needed to do something.

“Despite how magnificent they are, the extinction of giraffes has crept up on us all.

“Most of us have no idea that they are already extinct in at least seven African countries.

“The impact of climate change on them has been particularly devastating – and we can’t afford to be complacent about their future any longer.

“That’s why we decided to launch a pub that no-one wants to actually go to, ever.

“Giraffic Park serves as a stark reminder of what happens when a species is confined to the history books.”

Giraffe numbers have nose-dived by 30 per cent in recent years, with two subspecies of giraffes now critically endangered.

According to the Giraffe Conservation Foundation, there are now only 600 West African giraffes roaming the savannah.

An increase in extreme droughts, driven by climate change, is the main contributing factor.

To highlight the problem, the virtual pub has been decorated with giraffe skeletons, hunting trophies, and old video images of the creatures.

“Thanks to climate change, their very existence is threatened and without immediate action, they risk being relegated to the archives.

“The thought of opening a museum for these animals at any point in the future is soul-destroying.

“We need help to make sure it doesn’t become a reality.”

Gingeraffe will also be popping up in pubs across London, Manchester, Edinburgh and Glasgow throughout the summer, giving drinkers the chance to try the new ginger beer and adopt a giraffe of their own.