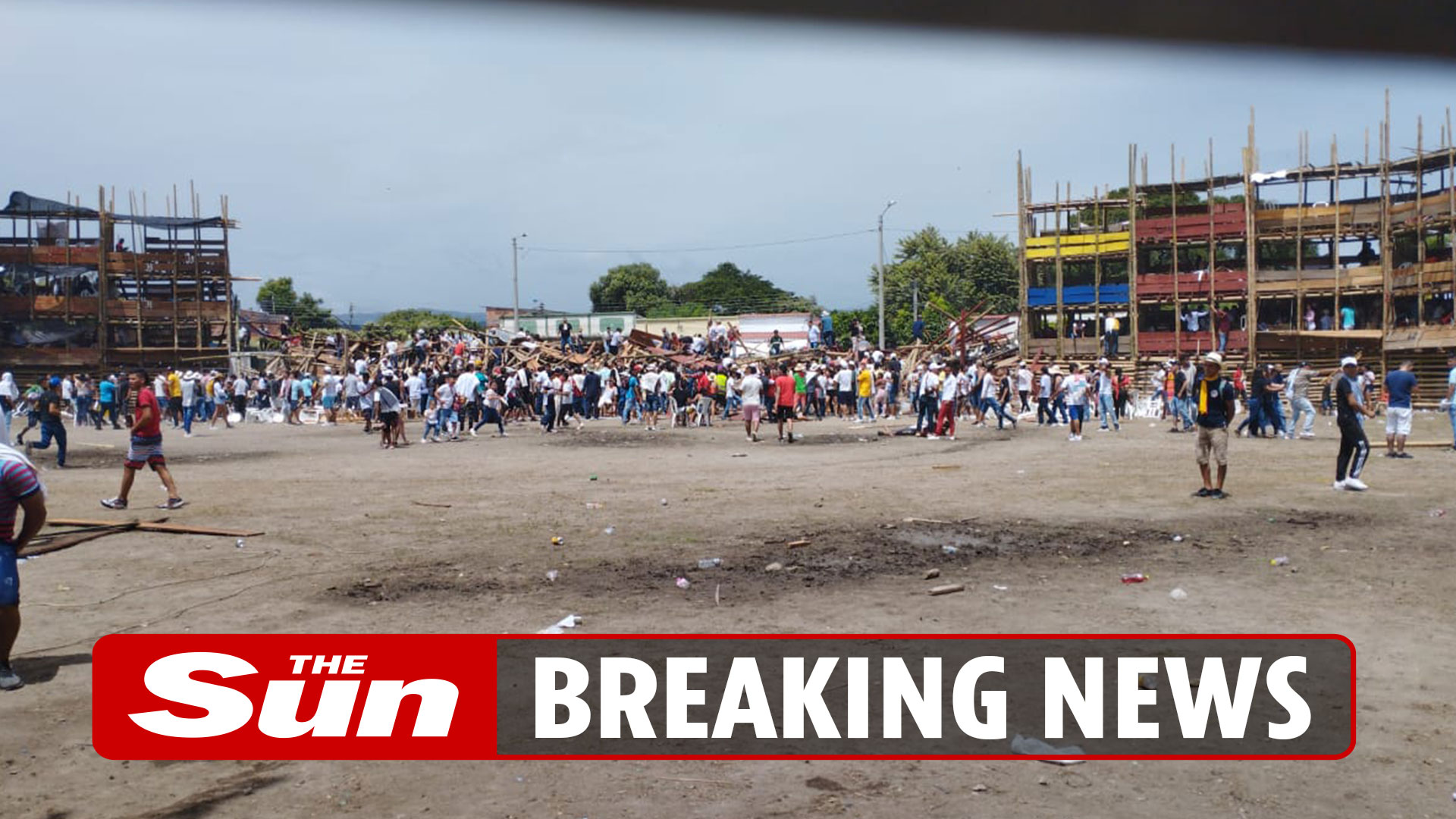 
AT least four people have been killed and hundreds injured after a stand collapsed during a bullfighting festival.

Horror pictures show the wooden framework crumbled to the ground at the improvised stadium in El Espinal, Colombia.

Several bulls fled the stadium into the streets of San Pedro in fear as panicked revellers tried to help those trapped.

Four people have been confirmed dead, with at least 500 others injured.

Shocking footage shows the moment the stands – packed with hundreds of men, women and children – collapsed.

The boxes can be seen tipping forwards before smashing into the ground.

Other audience members fell from other parts of the stands after a portion caved in.

Emergency crews have been sent in to rescue those stuck under the rubble.

It’s unclear what caused the stands to collapse.

Authorities urged people at the stadium and nearby to remain calm, reports El Tiempo.

A statement from the Mayor’s Office of Espinal said: “We deeply regret what happened in the bullring.

“We want to call for calm to the entire community.

“Once the emergency became known, the relief agencies acted immediately, achieving the evacuation of the injured for primary care at the San Rafael Hospital in the municipality.”

Officials are now probing the cause of the incident.

THIS IS A DEVELOPING STORY…