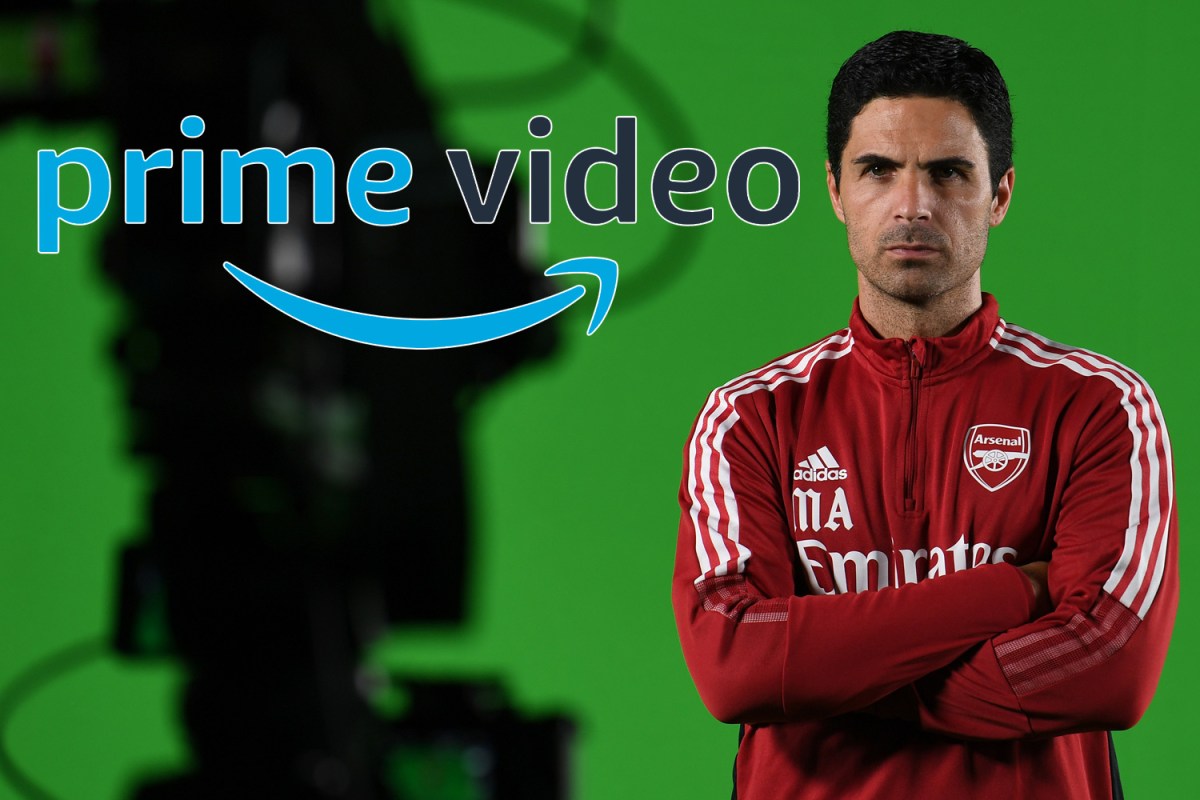 
MIKEL ARTETA admits he was powerless to stop Amazon from filming Arsenal for their latest series of ‘All of Nothing’.

The highs, lows and intimate moments of the Gunners’ upcoming season will be captured for the third Premier League instalment of the streaming platform’s popular show.

But the man whose every decision will be under a huge microscope had no say in the decision to embed the Amazon cameras behind the scenes for the next nine months.

When asked if he had any input in the club’s decision to be part of the show, the 39-year-old Arteta said: “No.

“That’s a decision made from the club and it is with the best possible interests for the football club. We need to help as much as possible.”

Arteta is no stranger to being captured by the Amazon cameras having been part of the first season of ‘All or Nothing’ with defending Premier League champions Manchester City.

He said: “I experienced that a few years ago when I was at Man City.

“We are going to help as much as possible, for everybody to see what this club means and how things are done at the football club, be as transparent as we can to show the values, integrity, passions and where we are trying to drive this football club.”

Last season, the cameras went behind the scenes of Arsenal’s arch-rivals Tottenham.

The pressure is on Arteta to guide the Gunners back to the top-four after a disappointing eighth-placed finish last season.

And the Spaniard believes the Amazon cameras will be perfectly placed to capture a strong campaign for the club.

He continued: “Hopefully it is a perfect year to show that. We need to make it happen.

“It is down to us to try to produce the best piece that we can, so everybody can feel part of what we do and our fans can be proud of what we do.

“While they (Amazon) are here we are going to try to be us. We will not try to be somebody else.

Arsenal will kick off their season this evening away to Premier League newcomers Brentford.

The north Londoners then face daunting matches against Chelsea and Manchester City.

Arteta said of the difficult start: “Fans need to be excited and they need to see a team that is capable of competing with those teams because our history is related to that.

“Nobody can deny that. That’s the aim and that should be the objective.

“I want to see the club in a different position. Obviously they (the bookies) would have their reasons and hopefully we can prove them wrong.

“We know as a club… there’s going to be speculation and everything with the top teams but this is the reality that we have and we can find excuses with other teams and whatever it is.

“But we have to find a way, our way to do it with the tools that we have at the moment after what happened in the last few years here.

“But in order to do that, I say again that since I’ve been here, we haven’t had the fans and that, for me, is a key factor.

“We have to engage with them, embrace them and with them together we have so much stability at the club and we will be much closer to that.”

The UK Times is an automated news aggregator website. Each material, like the author and the hyperlink to the primary source, is defined. All the trademarks and materials belong to their rightful owners and authors. If you are the owner of the article or content or news and do not want us to publish it, please contact us by email at [email protected].co.uk. We will remove it within one business day.