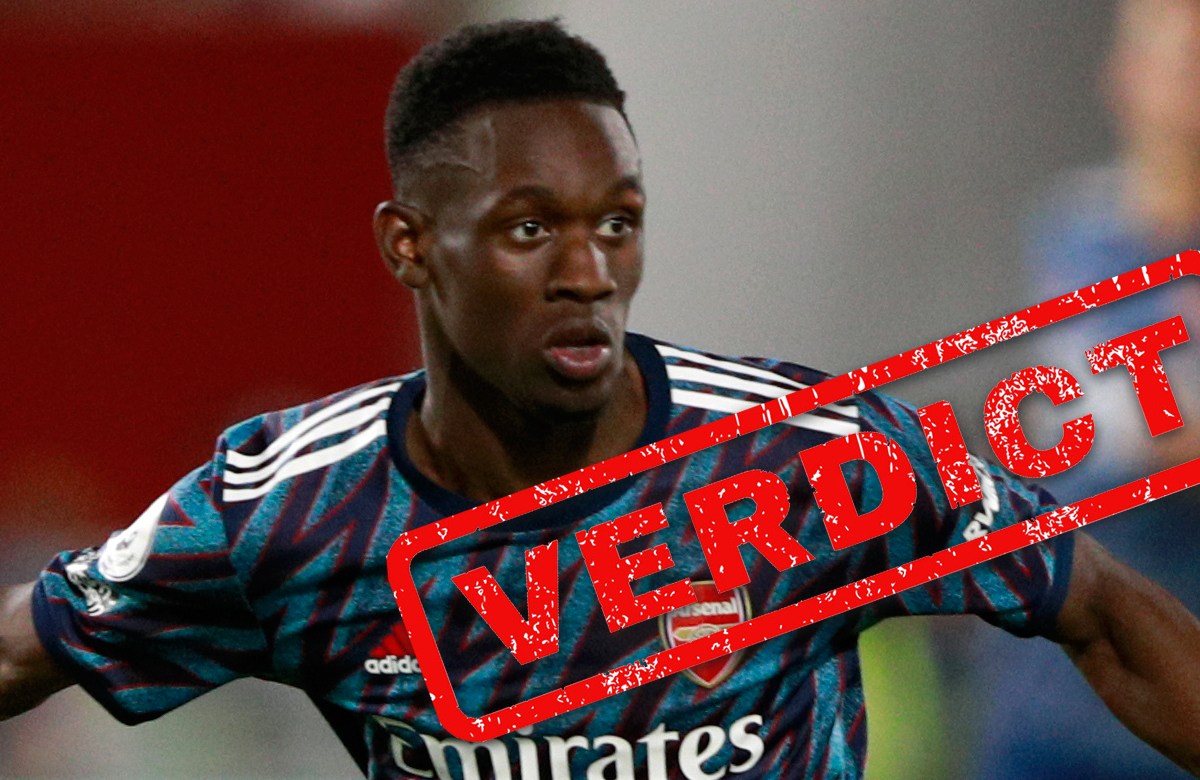 
ALL THAT is right and wrong with this current Arsenal team within the first 90 minutes of the season.

First, the good. The youthful exuberance. The pace. The enthusiasm. The bravery, at times.

Then, the inevitable bad. The defensive lapses. The aerial frailty. The lack of cutting edge.

For moments, Arsenal looked like a team worth watching. But it is the rest of the game – especially at the back – which will keep Mikel Arteta up tonight.

And with Chelsea and Manchester City on the horizon, that needs to change, fast.

The mysterious ‘illness’ that kept both skipper Pierre-Emerick Aubameyang and Alexandre Lacazette out gave Arteta more chances to blood the club’s famous youth.

Folarin Balogun was handed his first Premier League start – another of the Gunners’ kids entrusted with lifting the club out of the darkest of ages.

Alongside an attacking line that included Gabriel Martinelli – a surprise inclusion after only just returning from Olympic duty with Brazil – and Emile Smith-Rowe, it was bold to say the least.

Not that Arteta had any choice in the matter.

And bold is the way he must continue to go if his senior stars keep giving him reasons to doubt them – or bizarre reasons not to even pick them.

So, Arsenal’s start would have left Arteta feeling satisfied and vindicated as Balogun, Martinelli and Smith-Rowe linked up from the kick-off to test Brentford’s back line.

And this is where Arsenal show promise and potential. On the front foot with ball in play, and with their young whipper-snappers calling the shots.

But as with most young talents making their names in a ruthless and brutal Premier League, their inconsistency means there is no room for error at the other end.

Fat chance. Just as Arsenal look to be getting a grip, they relinquish it in calamitous fashion. And this isn’t anything new. This is what this team do.

And ironically, as Arteta lamented the lack of action in the transfer window in his pre-match press conference, a problem position of theirs in right back was the source of the opener.

First, an aerial duel lost. Second, a ball not dealt with the box by make-shift right back Callum Chambers. Third, a player allowed to cut inside and score at the near post. One, two, three. Bang.

Arsenal responded well, but as if stuck on an annoyingly persistent loop, they would give away chances through no real ingenuity of the hosts.

This formula began in the second half too. Smith-Rowe’s aggression, adventure and magical touches on the ball, followed by Ivan Toney making Pablo Mario look like his own personal play thing.

More youth was introduced when Bukayo Saka replaced Balogun, and they began do dominate the game, but then came the dreaded formula.

This time from a throw-in, of all things. If you let a ball bounce in the six-yard box, you only deserve to concede.

Amongst this damaging defeat, there are indeed good things. But right now, they are outweighed by the bad that are putting serious pressure on Arteta’s reign.