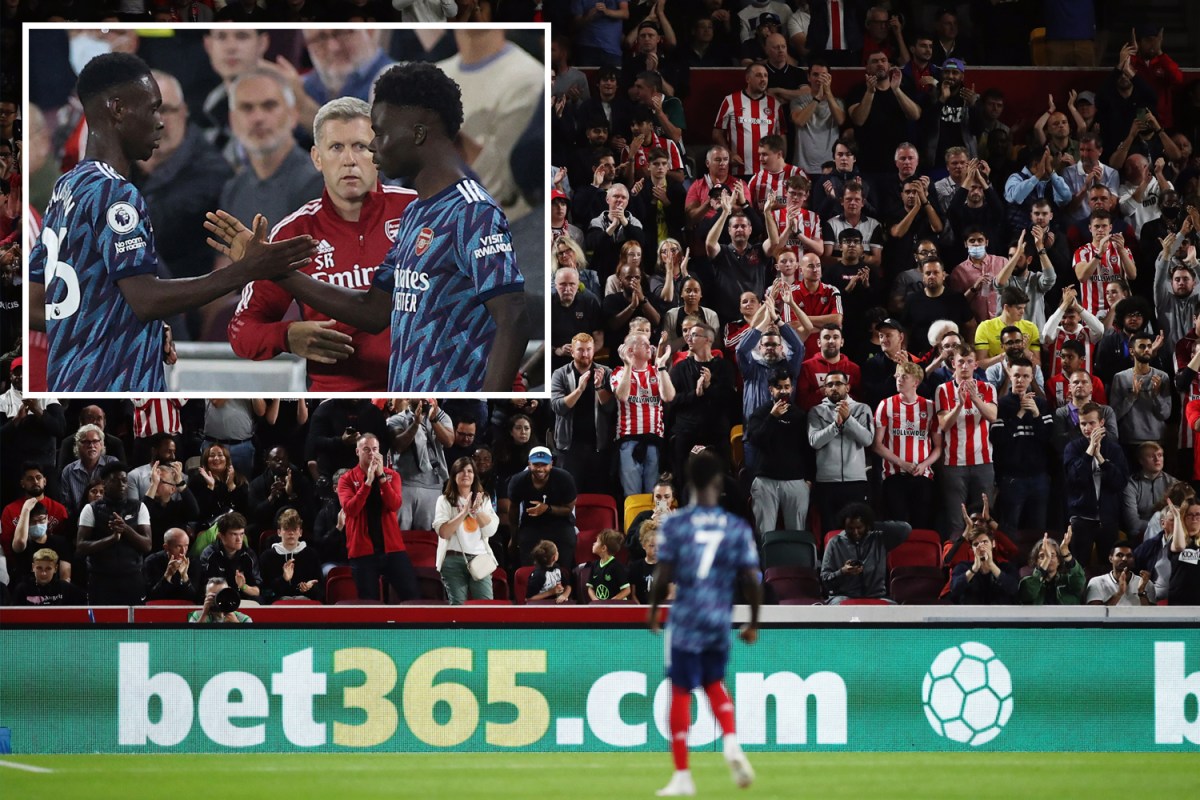 
ARSENAL star Bukayo Saka received a standing ovation from Brentford fans on Friday evening after coming on as a second-half substitute.

The teenage winger missed the deciding penalty in England’s shootout defeat to Italy at Euro 2020.

Thousands of supporters around the Brentford Community Stadium rose to their feet to applaud Saka as he was introduced in the 58th minute.

The 19-year-old appreciated his incredible reception before trying to help the Gunners recover against the Premier League’s newest team.

And Brentford went on to comfortably win 2-0, with defender Christian Norgaard scoring a commanding second 17 minutes from time.

Gunners boss Mikel Arteta will be disappointed with his team’s performance as both goals came from defensive mistakes.

The Three Lions hero was also left speechless after being presented with a wall of supportive messages from football fans earlier this month.

The Arsenal youngster excelled at the tournament, winning the Uefa’s Star of the Match award for his performance against Czech Republic.

Saka has enjoyed a stellar rise since making his Premier League debut against Fulham in January 2019.

The winger helped the Gunners win the FA Cup in August 2020 and won the club’s Player of the Season award last term.