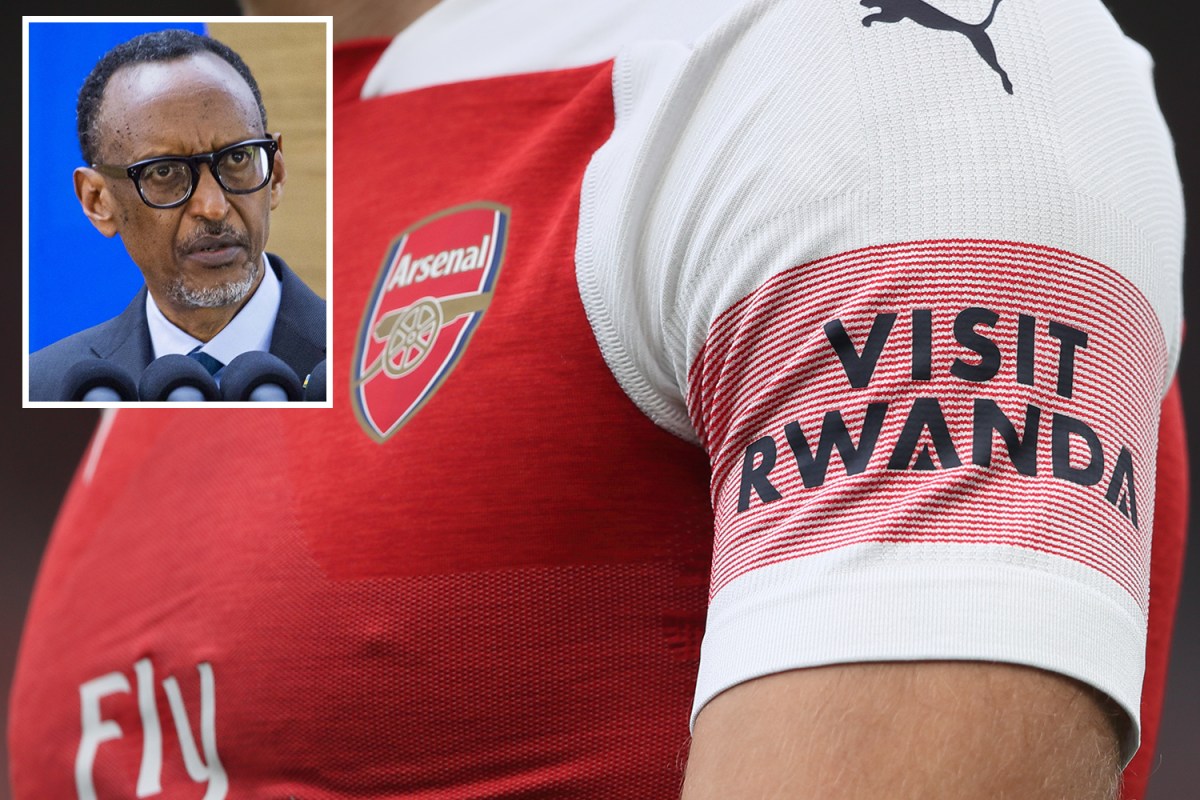 
ARSENAL have renewed their sleeve sponsorship deal with Visit Rwanda – just days after being slated by the country’s president.

The Gunners were slammed by Paul Kagame after losing 2-0 to Brentford, with the 63-year-old claiming that ‘fans don’t deserve this’.

Despite this public humiliation, the North Londoners have agreed to a new four-year contract with Visit Rwanda.

According to Football London’s Chris Wheatley, the deal will be worth as much as £10million-a-year to the Gunners.

The slogan ‘Visit Rwanda’ has adorned Arsenal sleeves since an initial three-year deal was penned in 2018.

The extension comes in the wake of Kagame appearing to criticise Gunners owner Stan Kroenke.

He wrote: “The game itself aside Arsenal and the fans don’t deserve to kind of get used to this… NO!!! (sic).

“It’s been a struggle of about decade(s) -ups and downs – more downs until this point.

“Can’t we have a plan that really works?? One part to look at is how we deal in the market – players we buy to execute the plan. The touch and go mentality does not bring change.

“We just must NOT excuse or Accept mediocrity. A team has to be built with purpose to win win win. So that when we lose… it was not to be expected!

“I am sure we all know on whose shoulders the heaviest burden rests. I hope they know too or even accept it!!!”

Since striking the initial agreement in 2018, Arsenal have visited the East African country on a number of occasions, with former defender David Luiz filming promotional content in 2019.

Arsenal are greeted by tribal dancers from Rwanda