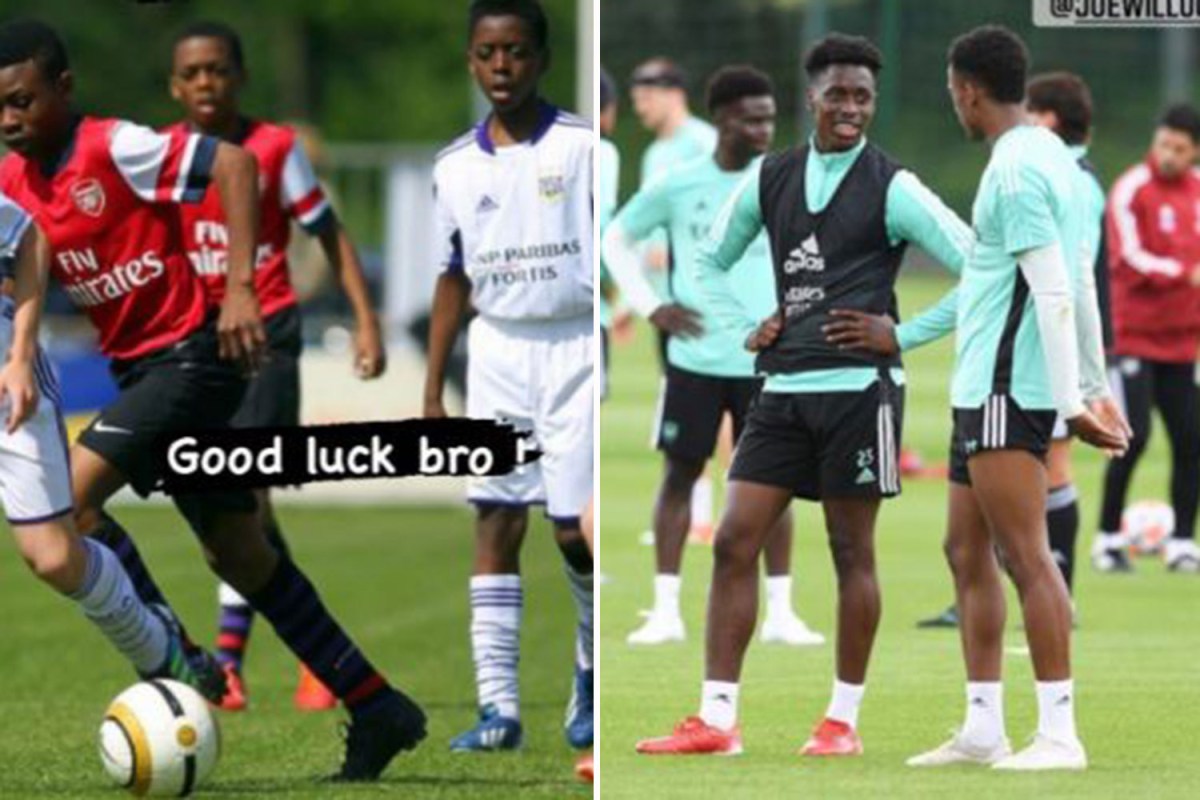 
ARSENAL’s new midfielder Albert Sambi Lokonga has posted a goodbye message to Joe Willock by sharing a snap of the two playing against each other as kids.

Summer recruit Sambi Lokonga was only briefly a team-mate of Willock at the Emirates before the Englishman was sold to Newcastle for £25million.

But the 21-year-old has taken to his Instagram story to wish the 2020 FA Cup winner well on his new journey at St James’ Park.

Sambi Lokonga uploaded an incredible photo of him in action against Willock during his time in Anderlecht’s youth set-up.

Willock can be seen standing over Lokonga’s right shoulder wearing the Gunners’ home shirt they wore from between 2012-2014.

He then posted another snap of the duo, only this time they stood side by side as Arsenal team-mates following Sambi Lokonga’s £17m arrival from Anderlecht in July.

Accompanying the image, Arsenal’s newbie remarked: “The world is small.”

The midfielder made his debut for Arsenal in their 2-0 defeat away at Brentford on Friday where he started alongside Granit Xhaka.

And he could be named in the starting XI against Chelsea this weekend with Thomas Partey still out injured.

Willock was unavailable for Newcastle’s 4-2 defeat against West Ham after failing to be registered in time.

But he has revealed he cannot wait to get started following his impressive loan spell last campaign.

He said: “I’m buzzing to be here. I loved my time here last season and I’m really happy to be back and to be a Newcastle United player.

“Leaving Arsenal is obviously a big step – and I’d like to thank everyone involved with the club for all their support over the years.

“But this is the right move to the right club at the right time for me.

“I only got one chance to play in front of a smaller number of Newcastle fans as a home player last season, so I can’t wait to step out in front of a packed St James’ Park and experience that atmosphere.”