Arsenal blasted by president of Rwanda – who sponsor shirts 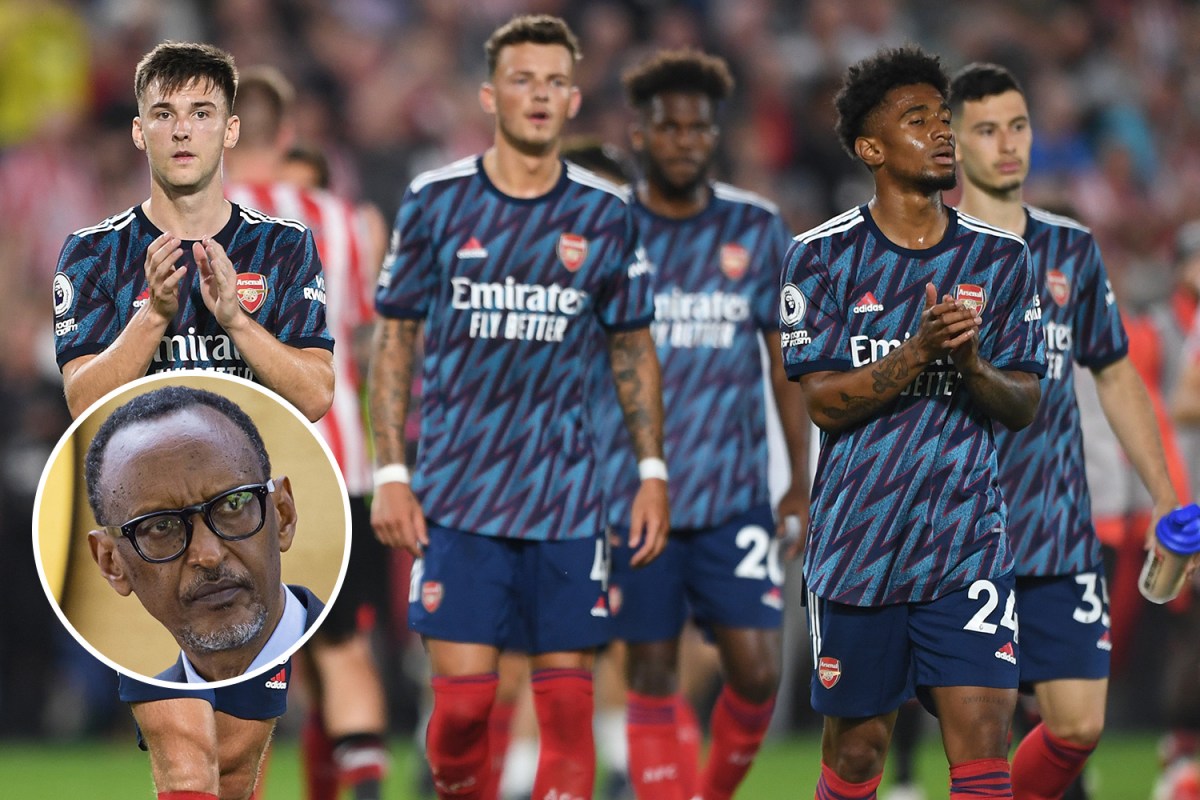 
RWANDAN president Paul Kagame joined in the widespread criticism of Arsenal and raged: “The fans don’t deserve this.”

The Gunners faced a heavy backlash from their shock 2-0 defeat to Brentford on Friday night.

Sergi Canos and Christian Norgaard struck either side of half-time to record a famous victory for Thomas Frank’s side.

And the leader of Rwanda – whose tourist board Visit Rwanda sponsor the Gunners’ shirt sleeves – hit out in a spectacular Twitter rant.

“It’s been a struggle of about decade(s) -ups and downs – more downs until this point.

“Can’t we have a plan that really works?? One part to look at is how we deal in the market – players we buy to execute the plan. The touch and go mentality does not bring change.

“We just must NOT excuse or Accept mediocrity. A team has to be built with purpose to win win win. So that when we lose… it was not to be expected!

“I am sure we all know on whose shoulders the heaviest burden rests. I hope they know too or even accept it!!!”

Neville said: “I don’t know what the plan is at Arsenal.

“The recruitment has been really poor. They are just poor at it compared to other clubs.

“I think they have a really talented manager but even if he gets the best out of them, l don’t think they can make the top four.”

Things don’t get much easier for Arsenal.

In their next two Premier League fixtures, they host European champions Chelsea and then travel to the Etihad to face Manchester City.

Afterwards, manager Mikel Arteta apologised to the supporters for the defeat.

He told reporters: “First of all, thank you because of the support that they are giving to the team, the travelling fans that were here.

“And after that, I apologise for the result and we know that we have to improve.

“We have two big games coming up right now and we need to a different performance to get a different result.”