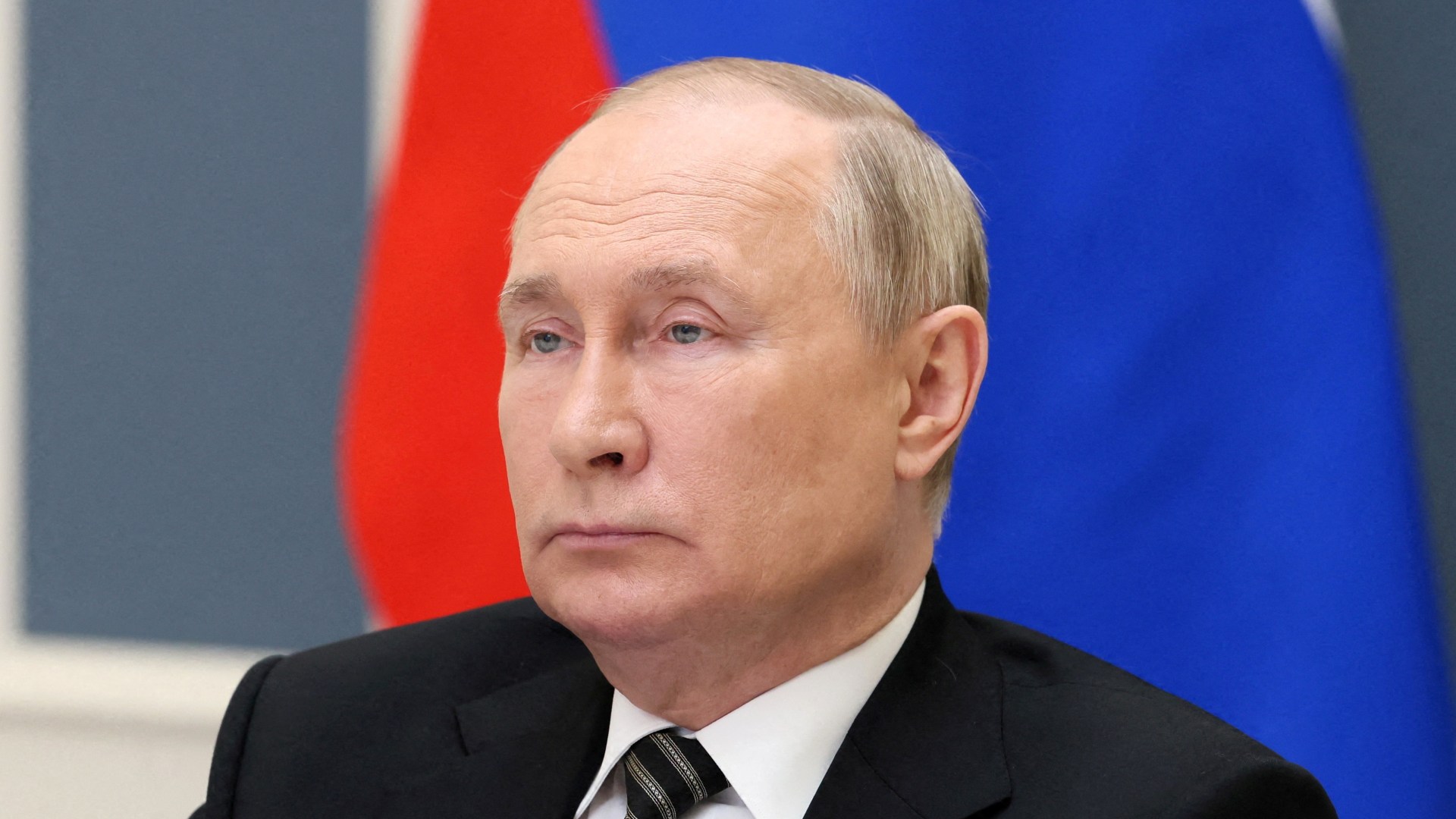 They set out very clearly and eloquently that Vladimir Putin’s murderous bullying of Ukraine and the West must stop — and that must be our mantra.

General Sanders is spot on when he compares today with 1937.

Back then, in the aftermath of World War One — thought to be the war to end war — everyone hoped for peace but failed to prepare for war and we were very nearly defeated in 1940 by the Nazi dictator, Adolf Hitler.

Today, after years of taking peace dividends and cutting our defence budget — acting more like corporate raiders than defence investors — we now face a deadly and criminal Russian dictator.

Putin has demonstrated by his actions in Ukraine that he is prepared to flout international law and attack other sovereign nations for his own purposes.

The inescapable deduction is that we must rapidly increase our defence capability to deter and face down any further aggression by him.

Nato has announced bold plans to have 300,000 high-readiness troops to protect the eastern borders of Europe from Russia.

With the likely accession of Sweden and Finland to Nato, this border has just become much longer.

We in the United Kingdom must play our full part in responding to that challenge.

As things stand today, our Army is too small for all the demands that are placed on it and not equipped as it should be.

Although much has been said about adapting our Armed Forces to meet new threats, it is a disappointing fact of life to the Chancellor of the Exchequer that our ability to respond to more traditional threats must also be maintained and modernised.

And it is an embarrassing fact that the British Army cannot field a single armoured division — a tank-based formation of 25,000 soldiers — whereas in the Cold War up until the early 1990s, we fielded four

The Government has a real dilemma here. Last year it published the Integrated Review of Foreign, Security and Defence policy in a document called Global Britain In A Competitive Age.

Many of the judgments in that review were sound — for example, the need to invest in cyber warfare, security in space and greater national resilience.

It established certain priorities for defence spending, particularly influenced by a policy tilt towards the Indo-Pacific in the face of a strengthening China.

But hardly had our Navy’s Carrier Strike battlegroup returned to home ports before the realities of other problems struck.

First the chaotic evacuation from Kabul and Afghanistan then Putin’s attack on Ukraine.

A land war in Europe has pulled up defence planners with a jolt.

For the Government, the choice is either change its policy priorities away from the Indo-Pacific or accept that the demands of a land war in Europe creates a new and very dangerous situation to which we must respond.

As a start, we need to reverse the planned cuts to reduce the Army down to 72,500 and consider increasing it beyond today’s size of about 80,000.

Cutting our C-130 tactical airlift aircraft and some of our helicopters now looks like madness in the context of what is going on in Ukraine.

And it is from the conduct of operations in Ukraine that we need to learn lessons and act.

The brave Ukrainians are begging for more gun and rocket artillery and ammunition, just as they were for anti-tank and anti-aircraft weapons initially.

Despite the Russians’ woeful handling of their armour in the initial stages of their campaign, the tank is still a major factor on the modern battlefield.

HEADS IN THE SAND

We need more than the 148 Challenger 3 tanks currently planned.

We must reverse the decision to take our Warrior infantry fighting vehicles out of service and refurbish them instead.

And just a casual glance at the battles in the Donbas region will reveal that it is artillery that is winning the fight.

Ukraine needs more artillery and so does the British Army.

Moreover, we need significant stocks of ammunition to support the intense rates of fire in modern combat.

None of these realities, so starkly set out by the Defence Secretary and the Chief of the General Staff, will be welcome in either No 10 or No 11 Downing Street.

Do we step up to the plate or bury our heads in the sand?

Winston Churchill is Boris Johnson’s hero — come on Boris, this is your Winston moment.