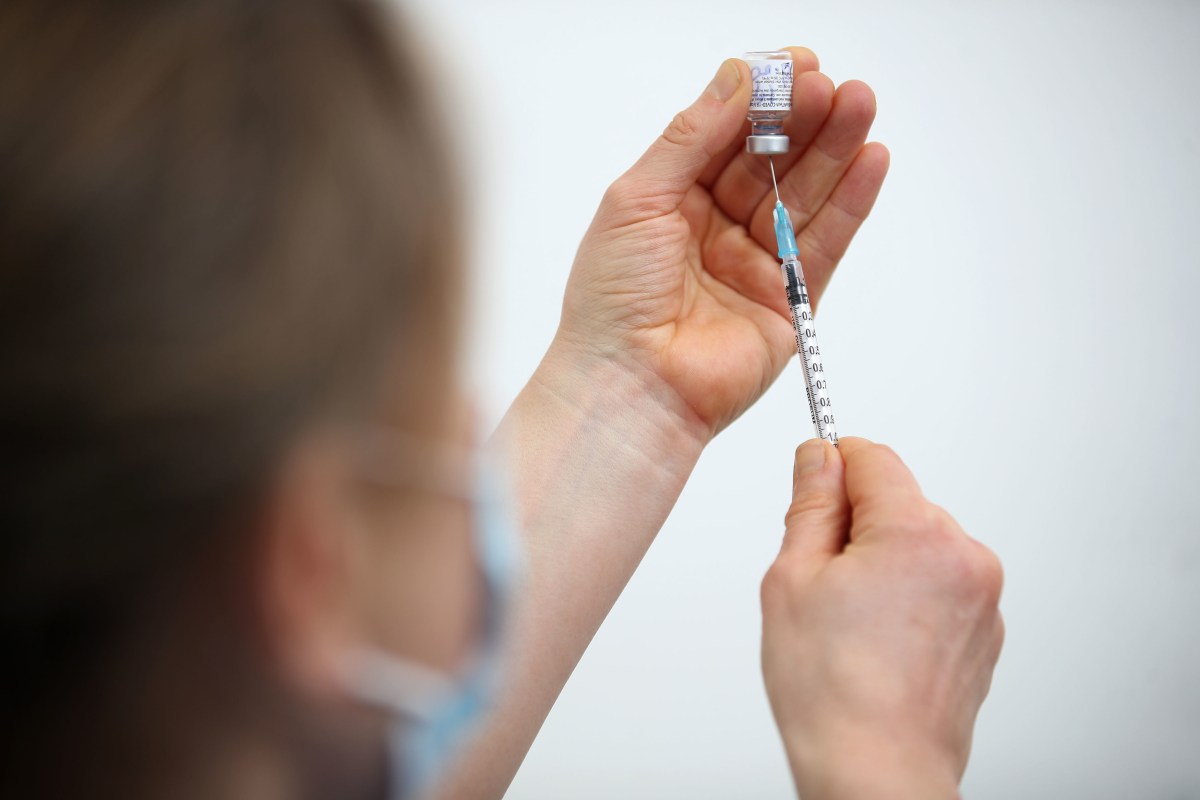 
ALL kids over the age of 12 could get a Covid vaccine as health chiefs hint at a wider roll out.

It was this afternoon confirmed that teens aged 16 and 17 would get a dose of the Pfizer/BioNTech jab.

At present only kids aged between 12-15 with serious health issues such as neurodisabilities are able to get the jab.

But experts this afternoon hinted that this age group could be next in line to get a vaccine.

The Joint Committee on Vaccination and Immunisation (JCVI) said it would also consider jabbing kids between the age of 12 and 15.

Deputy chief medical officer, Professor Jonathan Van Tam said it was “more likely than less likely” that the list of eligible 12-15 year olds will be broadened.

He explained that more data was needed but that officials were not ruling out jabbing otherwise healthy 12-15 year olds.

He said: “The remarks we have made about 12-15 year-olds absolutely stand in terms of risk conditions.

“We will give them (the JCVI) time to arrive at a further view when they are ready to arrive at it in terms of healthy 12 to 15-year-olds.

“I think I wouldn’t want any of you to come away from this press briefing feeling that anything is ruled in or ruled out other than taking our time and following procedures procedures carefully and thoughtfully.”

Millions of vaccines have been administered across the UK as the country continues to fight Covid-19.

So far over 46.9 million Brits have had a first dose of a Covid vaccine with a further 38.7 million having had a second.

But regulators have so far held back in vaccinating kids due to a lack of data.

Other countries are ahead of the UK in this respect with both France and Germany offering vaccines to children aged 12 and over.

Experts have however, warned that there is still ‘much speculation’ when it comes to jabbing younger age groups.

Prof Lawrence Young, Virologist and Professor of Molecular Oncology, Warwick Medical School, University of Warwick said the big question regarding vaccinating youngsters has been whether the benefits outweigh the risks.

He explained that data from the US, where nearly 9 million 12 to 17 year olds have been vaccinated has provided reassurance that jabs are safe.

‘NO TIME TO WASTE’

“Vaccination of 16 and 17 year olds will protect them from getting sick and from developing long-term consequences of infection (long covid), both of which rare in this age group but can still be very debilitating.

“Vaccination will also reduce the ability of youngsters to spread the virus and will also prevent the generation of new variants. Perhaps the most significant benefit of vaccinating this group is to ensure that there are no further disruptions to their education once they return to school or college.

“There is still much speculation about vaccinating the 12 to 15 age group – with certain groups of vulnerable children in this age group or those living with at risk individuals being provided with the jabs. It is interesting that the possibility of vaccinating all 12 to 15 year olds hasn’t been ruled out.”

Chiefs are keen to get the next phase of the jabs roll out underway before kids get back to school and Prof Van Tam added that there was “no time to waste”.

The JCVI said it is confident that young people will have 80 per cent protection against hospitalisation from Covid after their first dose.

It is thought that protection will be higher in younger people as they will respond better to jabs than older age groups.

Prof Russell Viner, Professor of Child and Adolescent Health, UCL said any decisions about vaccinating children and teenagers must balance risks and benefits.

He said: “Vaccinating older teenagers is a reasonable first step and will be important for young people themselves in the return to school and also benefit wider society including the elderly and younger children.

“This step is particularly useful now as high vaccination levels are concentrating infection amongst the unvaccinated children and teenagers.

Boris on 16-17 year olds getting jabs