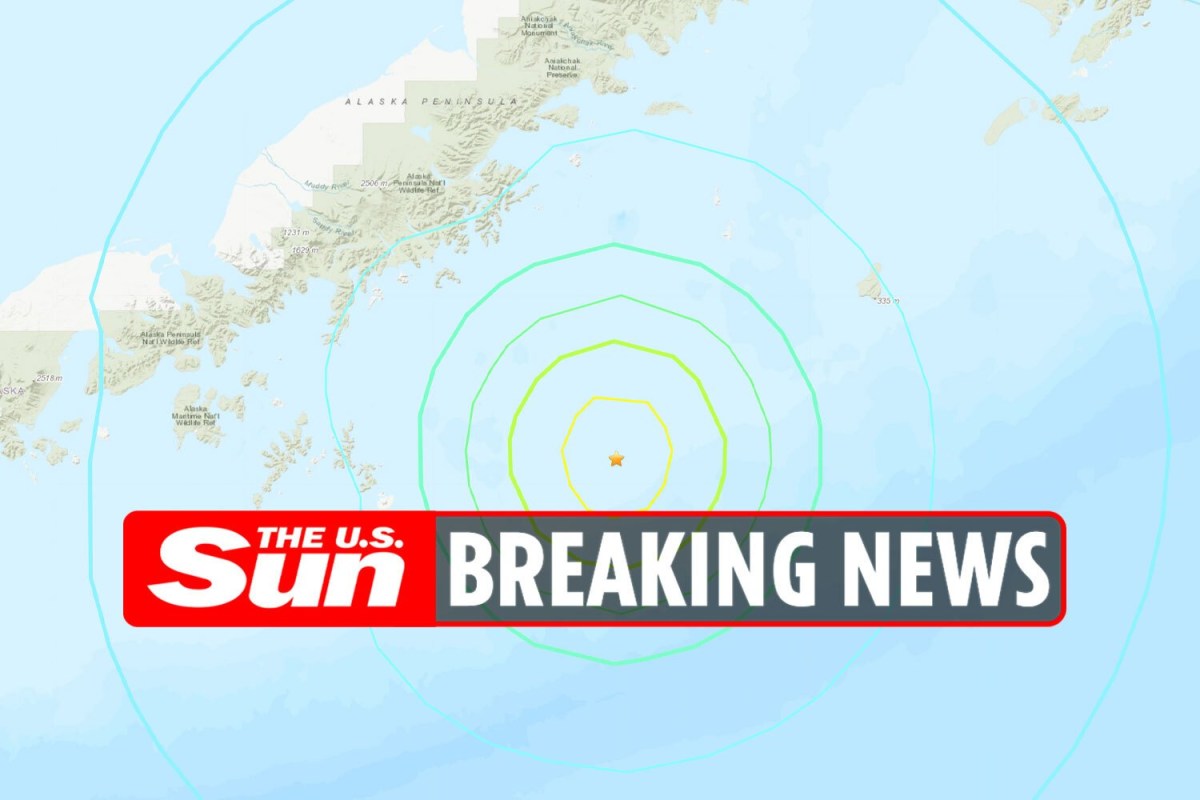 The quake registered a magnitude of 6.9 on the Richter scale and was at a depth of 10 km (6.21 miles), according to the EMSC.

The earthquake struck around 136 km southeast of Perryville, which is home to just over 100 people.

There are no immediate reports of injuries, loss of life, or property damage.

Much of the land around the part of the Gulf of Alaska where the earthquake struck just before 4am is home to wildlife refuges.

Despite the size of the quake, no tsunami warnings were issued.

It comes just weeks after a massive 8.2 magnitude earthquake sparked tsunami fears in Alaska and Hawaii on July 29.

The US Geological Survey (USGS) said that the earthquake hit 91km southeast of Perryville, Alaska.

ALASKA A HOTBED FOR QUAKES

The quake was about 46km below the surface of the ocean, according to USGS.

This is in the so-called ‘Ring of Fire’ in the Pacific Ocean. This is where the majority of the world’s earthquakes and volcanic eruptions occur.

This is because this is where many of the Earth’s fault lines are found.

Alaska itself is considered a hotbed of seismic activity, with earthquakes detected by The Alaska Earthquake Center an average of once every 15 minutes.

The center also says that 75 percent of all US earthquakes with a magnitude over 5 occur in Alaska.

Three volcanos are also simultaneously erupting across The Last Frontier at the moment, with at least two spewing low levels of ash and steam.

The eruptions have been going on for more than a week though so far do not pose a threat to nearby communities.

“Alaska has a lot of volcanoes, and we typically see maybe one eruption every year, on average,” Matthew Loewen, a research geologist with the Alaska Volcano Observatory, told NBC.

“To have three erupting at once is less common, but it does happen.”