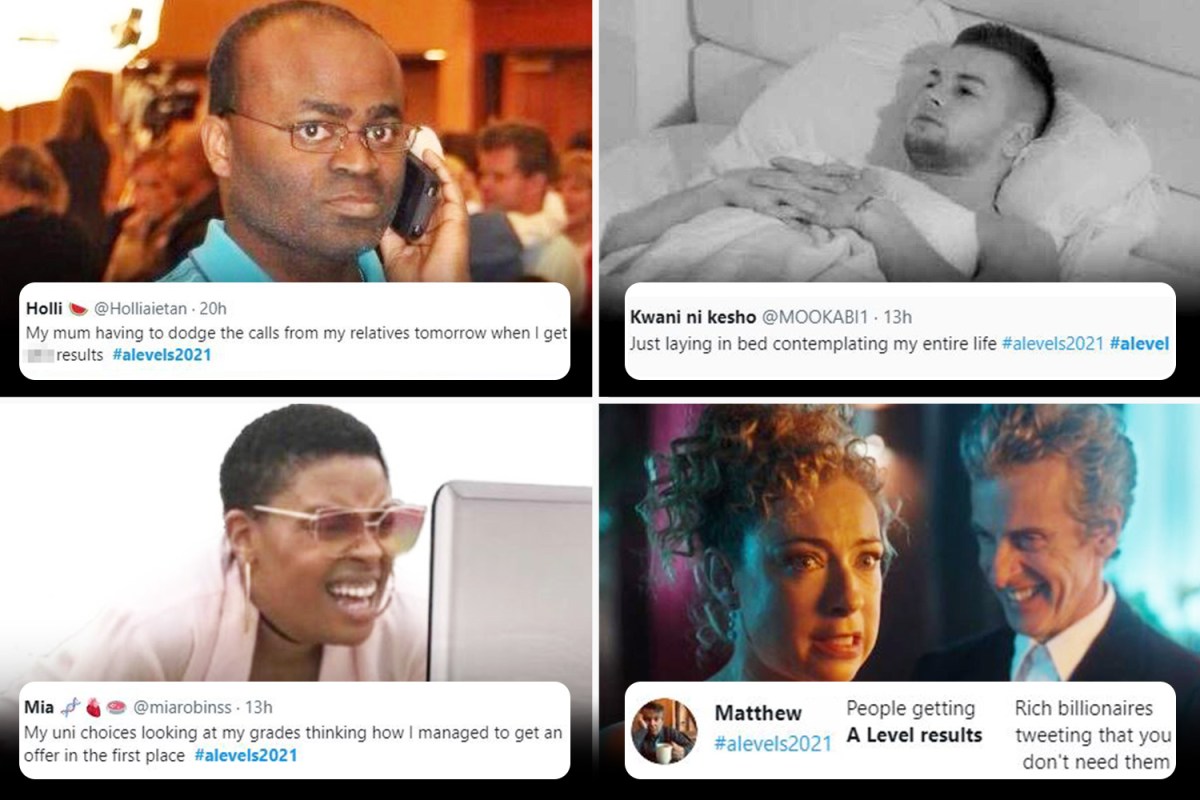 More students than ever were awarded A* and A grades this year as teachers dished out the marks after exams were abandoned during Covid.

But Twitter also lit up with teenagers who failed to make the grade – but were still keeping their chins up with light-hearted memes.

One posted the video of footie ace Lionel Messi’s tearful exit from Barcelona this week with the caption: “Seeing 3 Ds on my A level after reading articles about grade inflation.”

Another shared a picture of DW from children’s show Arthur peering through school gates with the caption: “Me seeing my friends get accepted into their unis while I’m on the phone to clearing.”

Many also pre-empted Jeremy Clarkson’s annual tweet comforting students who did poorly by that he also flopped in his exams but achieved success.

This year the Grand Tour presenter said: “If the teachers didn’t give you the A level results you were hoping for, don’t worry. I got a C and 2Us and I’ve ended up happy, with loads of friends and a Bentley.”

A whopping 45% of grades were at A* and A this year, sky-rocketing from the 25% registered when exams were last held in 2019.

The number of pupils getting a B and above has also risen sharply to 70% with those at private schools and in London among the biggest winners.

Education Secretary Gavin Williamson said: “Receiving results is always a huge milestone in people’s lives and after a difficult year, every student should be incredibly proud of what they have achieved.

“The results are testament to young people’s hard work and resilience alongside the commitment and expertise of their teachers.”